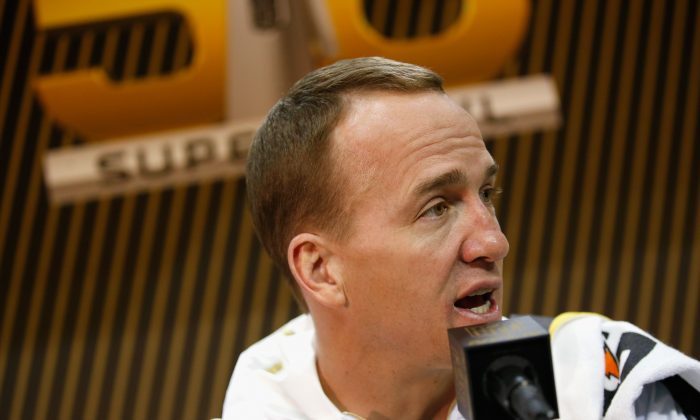 Peyton Manning and the Denver Broncos were unscathed after a bus accident following practice leading up to Super Bowl 50. (Ezra Shaw/Getty Images)
NFL

The Denver Broncos’ buses were involved in a chain reaction accident on Feb. 1 while returning from practice at Stanford Stadium. The fender bender happened on the southbound lanes of U.S. Route 101 as the team was heading back to their hotel in Santa Clara.

“I think the only thing that happened was my cellphone fell out of my hand.”

Fortunately for the AFC champs, no one was reported injured, according to team spokesman Patrick Smyth.

The Broncos’ team buses were involved in a minor accident on the way back from practice. No injuries were sustained & team is back at hotel.

To keep the day interesting, we have a small wreck. Looks like everyone is ok though. 👀 #SB50 pic.twitter.com/CjXTG5d6gx

“I am just glad everybody is OK from it,” said Ware.

Hopefully the Super Bowl goes better for the Broncos, who are underdogs against the Carolina Panthers in what may be Peyton Manning’s final game as a pro.

The NFL’s all-time leader in passing yards and passing touchdowns also has more MVPs (five) than any other player, but only has one Super Bowl ring to show for all his greatness.

But this has been his worst season yet. The 39-year-old missed six games to injury and when he did play, he struggled. The seven-time All-Pro put up a career-worst quarterback rating of 67.9, while throwing 17 interceptions to just 9 touchdowns.

Yet, Denver went 7–2 in his nine starts, thanks in large part to the league’s best defense.

The Broncos allowed just 283.1 yards per game—tops in the NFL—and needed every bit of that defensive help to hold off the New England Patriots in the AFC title game. How they’ll do against the dual-threat Cam Newton remains to be seen, as Newton’s Panthers have just one loss this season.