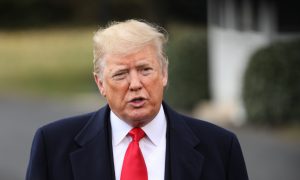 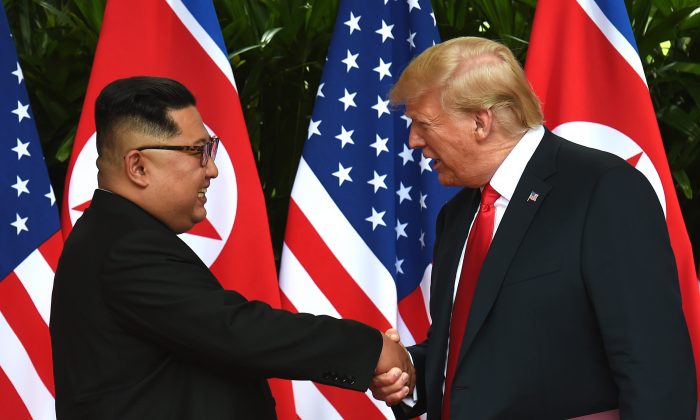 WASHINGTON—The Trump administration laid out the priorities of the United States ahead of the second summit with North Korea later this month in Vietnam. The major goal is to develop “a shared understanding of what denuclearization is,” according to the White House.

Following the historic June 2018 summit in Singapore, President Donald Trump and North Korean leader Kim Jong Un will meet for the second time on Feb. 27 and 28 in Vietnam’s capital, Hanoi.

Ahead of the meeting, a White House senior official said Washington’s ultimate objective would be the denuclearization of the Korean peninsula.

“It’s the overriding goal that President Trump is seeking to achieve with this summit,” he said during a press call.

However, both sides have different interpretations of the denuclearization—hence the objective to develop “a shared understanding of what denuclearization is, including a freeze on all weapons of mass destruction and missile [programs],” another senior administration official explained.

The exact format of the meetings between the two leaders has not been finalized. However, there will be a one-on-one meeting during a meal as in last year’s summit.

“We’re looking to move forward with a number of initiatives that could specifically advance each of the four pillars of the Singapore joint statement from last summer,” the official said.

Last year’s summit in Singapore produced a joint statement that was signed by both leaders. One of the pillars of the agreement was complete denuclearization of the Korean Peninsula. Other elements of the joint statement were: transforming relations between the United States and North Korea, establishing a permanent peace regime on the Korean peninsula, and the return of POW/MIA remains from the Korean War.

At the upcoming summit, Trump also looks to talk with Kim about the economic future that North Koreans could enjoy if he follows through on his commitments.

“North Korea, under the leadership of Kim Jong Un, will become a great Economic Powerhouse,” the president wrote in a tweet on Feb. 8.

North Korea, under the leadership of Kim Jong Un, will become a great Economic Powerhouse. He may surprise some but he won’t surprise me, because I have gotten to know him & fully understand how capable he is. North Korea will become a different kind of Rocket – an Economic one!

Diplomatic Road to the Summit

During the call, the senior administration official explained the sequence of events that laid the groundwork for the second summit.

U.S. Secretary of State Mike Pompeo made several trips to Pyongyang in 2018. However, a meeting between Pompeo and his North Korean counterpart Kim Yong Chol scheduled for November 2018 was abruptly canceled.

“Going into November and December, we hit something of a holding pattern with the North Koreans,” the official said, adding that the reasons were not entirely clear to the U.S. side.

It could “involve some internal issues that they were reviewing,” he said.

However, in late December 2018, the engagement between Trump and Kim through an exchange of letters revived the dialogue leading to rapid-fire events in January.

The first ice-breaking event was the New Year’s address by Kim in which he reiterated his commitment to denuclearization as well as the modernization of the North Korean economy. Shortly after that, Kim visited Beijing to attend a two-day summit with Chinese leader Xi Jinping. Kim’s top aide Kim Yong Chol visited Washington and held meetings with Pompeo and later with Trump in the Oval Office.

Since then, negotiators have met several times to resolve differences on various issues.

“I don’t know if North Korea has made the choice yet to denuclearize,” said the official when asked about whether Pyongyang is negotiating in good faith.

“The reason why we’re engaged in this is because we believe there’s a possibility,” he said. “That’s why the president has assigned such a priority to engaging with them.”