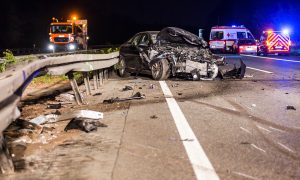 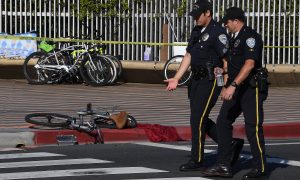 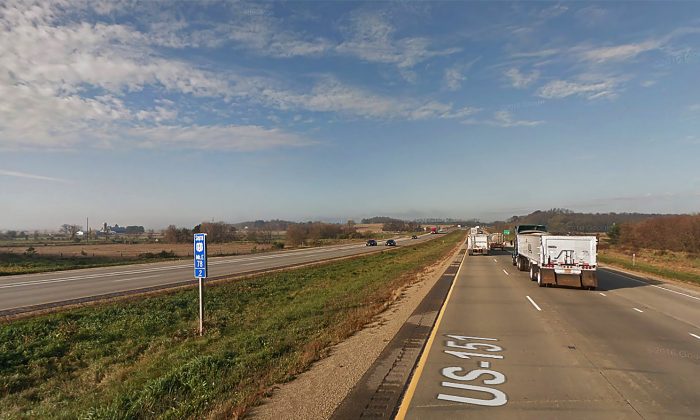 Highway 18-151 near Rte. 69 in Verona, Wis., where the crash occurred (Screenshot via Google Maps)
US News

A patch of dense fog seems to be the cause of a multivehicle pileup that left at least one person dead on Highway 18-151 in Verona, Wisconsin, on Feb. 12.

According to WISC-TV, the Dane County Sheriff’s Office got numerous calls just before 8 a.m. Monday morning about a chain-reaction collision in morning commuter traffic.

HEADS UP: Major crash reported on US 18/151 near #Verona in Dane County. Plan ahead and use alternate routes to avoid delays. @511WI https://t.co/tEYNFnTTov pic.twitter.com/K0DQDUXY0r

No one is certain what set off the crash, but patches of dense fog lingering in low-lying areas of the roadway seem to be a contributing factor, according to WISC.

A small patch of very dense ice fog contributed to the massive pileup on US 18-151 this morning. Here are the weather conditions necessary to get ice/frozen fog to form. The crash occured very close to the Badger Mill Creek. #swiwx #wiwx pic.twitter.com/A3L9bJdXQ5

Sheriff’s Department spokeswoman Elise Schaffer said at least one person was killed in the pileup. Several people were injured and several ambulances and a medical helicopter were dispatched to the scene, WISC reported.

Dane County dispatch originally reported 10–15 cars were involved, though WISC reported the number might be as many as 20.

Family members looking to pick up someone involved in this morning’s crash should go to the Verona Fire Department.

Uninjured drivers and passengers were transported to the Verona Fire Department, according to the sheriff. They asked people concerned about loved ones to call the fire department instead of clogging the crash site.

The eastbound side of Highway 181-151 will be shut down until about 4 p.m. according to the Verona Police Department. Traffic is being rerouted at Exit 77, so travelers should plan ahead to adjust their routes.

We've had reports of people moving barricades and driving on the closed portion of the Highway. Please don't do that. The road is closed for a reason!

Verona police asked motorists to respect the warning signs and barricades, and not drive through the crash site until the investigation is complete.