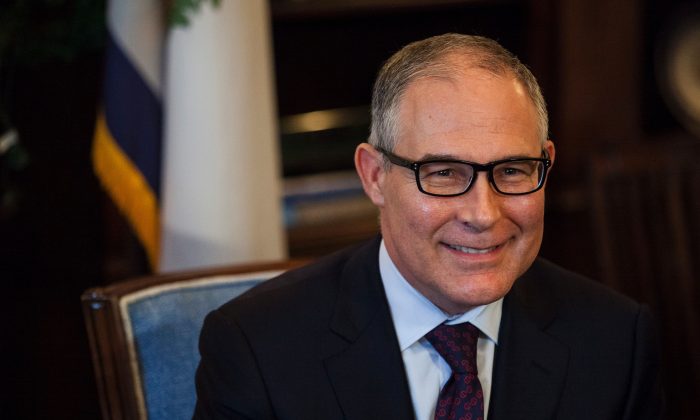 The seats reserved for the 10 Democrats on the Senate Environment and Public Works Committee were empty as Wednesday’s meeting to discuss to nomination of Scott Pruitt was called to order. Committee rules require that at least two members of the minority party be present for a vote to be held.

Chairman John Barrasso accused the absent Democrats of engaging in obstruction amounting to nothing more than “political theater.” After recessing, the Wyoming Republican pledged to “do what is necessary” to advance Pruitt’s nomination, raising the possibility the GOP majority may seek a rules change to push the issue to a vote before the full Senate.