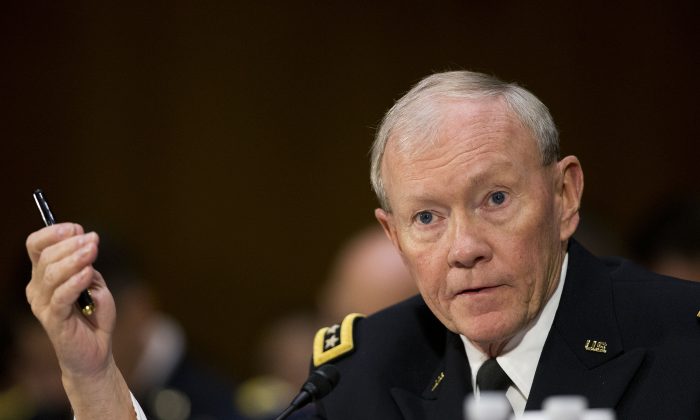 Dempsey Says New US Military Base in Iraq Could Be Model

NAPLES, Italy— The Pentagon’s top general says the new U.S. military base being setting up in Iraq’s western desert could be a model for more such U.S. hubs if Iraq is able to regain momentum against the Islamic State group.

Gen. Martin Dempsey, chairman of the Joint Chiefs of Staff, made the comment Thursday in an interview with reporters traveling with him in Italy.

Dempsey said it will take several weeks to establish the base announced Wednesday by the White House. That one will be at an Iraqi air base in Anbar province.

Dempsey said another could eventually be established in north-central Iraq if and when the Iraqi army is ready to organize a counteroffensive in Mosul, which has been in Islamic State hands for 12 months.