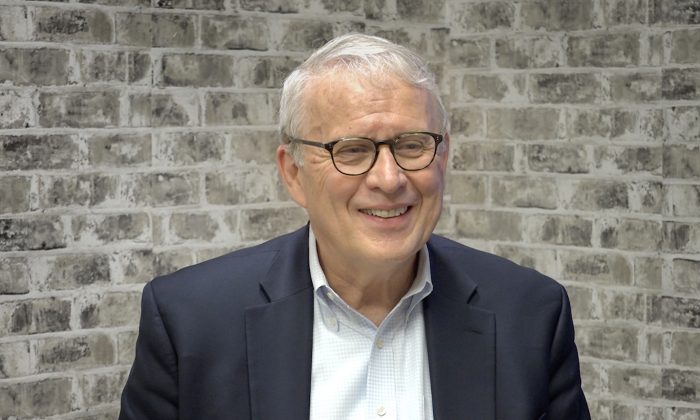 Demoted by University for Views on Gender, Professor Sues

A child psychiatry expert at the University of Louisville is suing the school for forcing him out after he publicly expressed skepticism about “transgender ideology,” which allows gender-confused young people to select the gender of their choice and which has been rapidly gaining acceptance in the world of medicine.

Failing to toe the politically correct line on gender can be costly nowadays.

A New York human rights law banning so-called gender identity discrimination imposes fines of up to $250,000 for failing to use a person’s preferred personal pronoun.

Social media giant Twitter now bans users for “misgendering” or “deadnaming” transgender people, categorizing it as harassment and abuse. Deadnaming is referring to people by names they used before they changed their gender identity—for example, calling Caitlyn Jenner by that person’s birth name, Bruce Jenner.

Facebook reportedly recognizes at least 58 genders, allowing users to select which gender to use in their profile self-descriptions. Among them are Androgynous, Bigender, Cisgender, Gender Fluid, Genderqueer, Non-binary, Pangender, Trans, and Two-Spirit.

Professor Allan Josephson, former head of the university’s Division of Child and Adolescent Psychiatry and Psychology, asserts in a lawsuit initiated in U.S. District Court in Louisville, that he was discriminated against, demoted, and effectively fired for his now-unfashionable scientific belief that sex is “immutable,” “based on objective facts,” “binary (i.e., male [having a chromosomal complement of XY] or female [having a chromosomal complement of XX]),” and “fixed in each person at the moment of conception.”

Josephson, who publicly opposes “transgender ideology,” has said children shouldn’t be allowed to use bathrooms based on their own self-selected gender identity, and that parents should listen “empathetically” to their children and then guide them to align with their biological sex.

At a Heritage Foundation panel discussion in 2017, Josephson shared his views on gender dysphoria and the medical danger of gender ideology for children—views that until a few years ago had not been regarded as controversial. University officials reacted with horror, taking away his department chairmanship and giving him the boot by stating they would not renew his contract of employment despite years of exemplary performance reviews.

According to the legal complaint filed in the case known as Josephson v. Bendapudi, Josephson had become concerned that new treatments for children and adolescents experiencing gender dysphoria didn’t promote their long-term health interests.

Josephson had consulted previously with Alliance Defending Freedom, his lawyers in the new lawsuit, in cases “involving youth experiencing gender dysphoria who demanded to use the showers, restrooms, and locker rooms opposite to their biological sex in the public schools.” He also served as an expert witness in federal litigation in 2016 over North Carolina’s birth-sex bathroom law.

A Christian legal interest group, the Alliance Defending Freedom is based in Scottsdale, Arizona. ADF says it was created to defend religious liberty from “the American Civil Liberties Union (ACLU) and its allies[, which have] used the courts to drive out public expressions of faith and to radically change America into something the Founding Fathers never intended,” the group states on its website.

In a recent interview with National Review, Josephson expressed worry that political pressure, which led the World Health Organization to remove gender dysphoria from its catalog of mental disorders, could cause the publishers of the DSM, the American Psychiatric Association’s Diagnostic and Statistical Manual of Mental Disorders, to de-list the illness.

“We are very close to that now,” Josephson told National Review.

“There are now over 50 gender clinics in the United States. These were unheard of seven or eight years ago. And they’re set up … almost like … a restaurant where a person comes in and orders a treatment. Doctors have always said—you give me the symptoms, and I’ll help you with what I think is going on for the diagnosis. But that basic process is being short-circuited by a ‘this is my diagnosis; this is what I have’ approach. And literally they’re asking for hormones. And amazingly, doctors are going along with it in many cases.”

Medical professionals are being attacked by activists seeking political objectives, he said.

“The other side is bullying, intimidating. It’s such a nonacademic approach to things. Academia—the marketplace of ideas, the sharing back and forth, the refining of ideas, testing of ideas—is now being replaced by activist approaches,” Josephson said.

Although many people use the words “sex” and “gender” interchangeably in everyday conversation, gender is a politically and scientifically contentious concept whose definition isn’t universally agreed upon.

“‘Gender’ is a term that is really just an ideological weapon,” conservative activist and scholar Tina Trent, a former candidate for District 26 of the Georgia General Assembly, previously told The Epoch Times.

“Its original meaning was indistinguishable from ‘sex,’” said Trent, a writer and former academic who holds a doctorate in contemporary political and social movements from Emory University.

“The idea that ‘sex’ and ‘gender’ are two different things is a political, not a legal or scientific, idea. … ‘gender’ is used in different ways to serve political purposes. So, it is intentionally nebulous the way it’s used.”

“The university typically does not comment on pending litigation,” John R. Karman III, the university’s director of media relations said in an emailed statement.