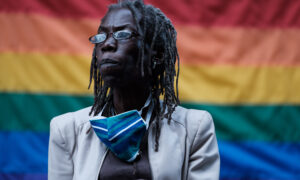 Portland Commissioner Apologizes for Conspiracy Theory About the Police
0 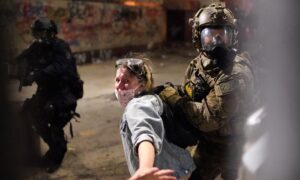 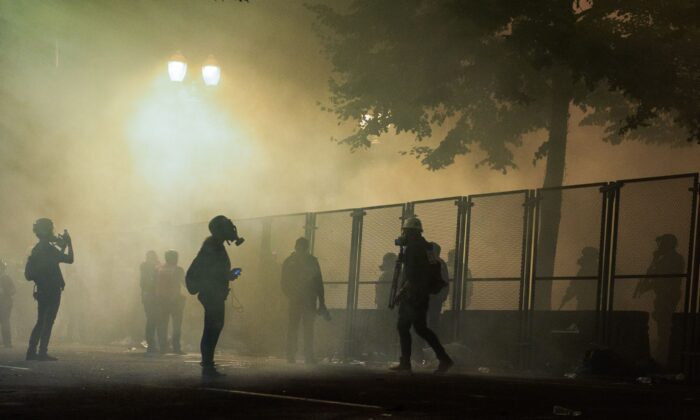 Demonstrators, Federal Officers Clash During Another Night of Rioting in Portland

Federal officers emerged from a U.S. courthouse in Portland overnight and fired tear gas, after demonstrators used an electric saw and other power tools to try to take down fencing erected around the building.

The crowd—estimated by some at 3,000 or more—also tried toppling the fence with brute force as others launched fireworks at the courthouse, ignoring repeated warnings to disperse before the federal response.

Rioting started in Oregon’s largest city in late May and has continued virtually nonstop each night since then.

Unlike previous nights, many in the crowd refused to disperse when tear gas and other crowd control munitions were used. Federal officers initially stayed inside the fenced-in area outside the Mark O. Hatfield Courthouse as the crowd hurled projectiles at them.

In a new wrinkle, officers came equipped with leaf blowers, using them to blow back tear gas that rioters blew towards them with their own machines.

Rioters use cars and bikes to illegally block traffic. They appear to do this everynight. pic.twitter.com/Uq3YZhvN7E

Rioters attempt to shine green laser pointers directly into the eyes of federal agents outside the courthouse. #PortlandRiots pic.twitter.com/8jXs2ddH9c

Around 2 a.m., a siren warning said that an officer “has been hurt.” A stabbing also occurred in the area.

Most of the crowd dispersed by 3 a.m. as Portland police officers helped control the streets outside the courthouse.

The bureau was ordered this week not to cooperate with federal officers. Bureau officers had not engaged the rioters for most of the week.