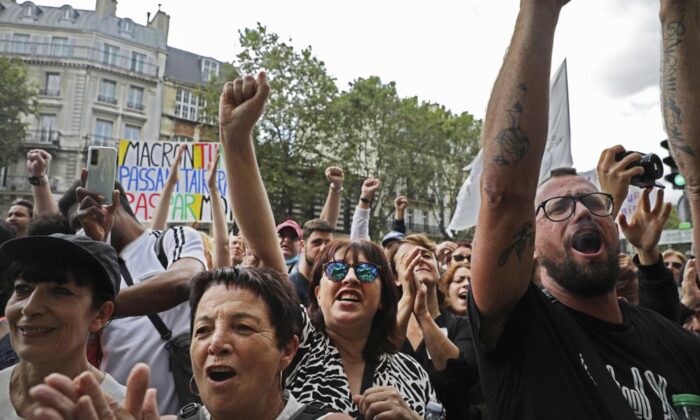 Protestors raise their fists during a demonstration in Paris on July 31, 2021. Demonstrators gathered in several cities in France on July 31 to protest against the COVID-19 pass, which grants vaccinated individuals greater ease of access to venues. (AP Photo/Adrienne Surprenant)
By Jack Phillips