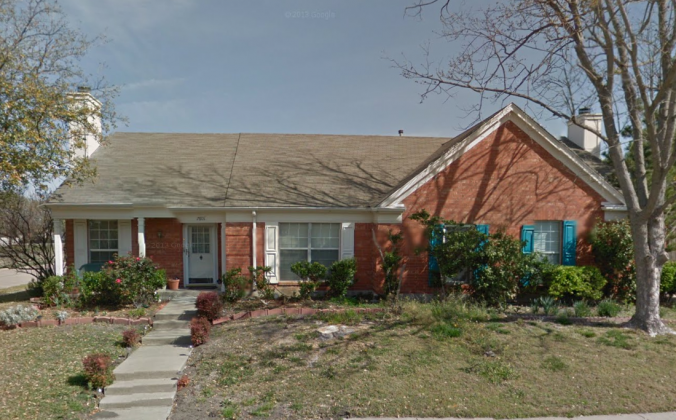 Lindsay Diaz's and Alan Cutter's house before, apparently before the tornado damage and demolition, in Rowlett, Texas. (Screenshot of Google Street View)
US

Demolition Company That Destroyed Wrong House: ‘Not a Big Deal’

The Texan demolition company that destroyed the wrong home said the situation is “not a big deal.”

Billy L. Nabors Demolition company demolished the duplex of Alan Cutter and Lindsay Diaz, located at 7601-3 Calypso Drive on March 22. The duplex that was meant to be demolished—7601-3 Cousteau Drive—is one street over, less than 350 feet away.

“I think this is a huge deal,” Rowlett city manager Brian Funderburk told WFAA. “The homeowners were in the process of trying to figure out what it was going to take to repair their home and now they’re looking at rebuilding it instead. I think this is a very big deal.”

Nabors Demolition did not provide a comment after multiple inquiries.

When asked what led to the error, the company said that Google Maps had given the crew the wrong directions.

The Calypso duplex was damaged in the December 26 tornado. Repairs were being planned by the owners. It was not scheduled to be demolished as the building was still structurally sound.

Since their insurance would not cover the cost of repair the Diaz’s are about $40,000 underinsured, and the Federal Emergency Management Agency refused to provide individual assistant. A GoFundMe page was set up to help the Diaz family repair their home after the tornado.