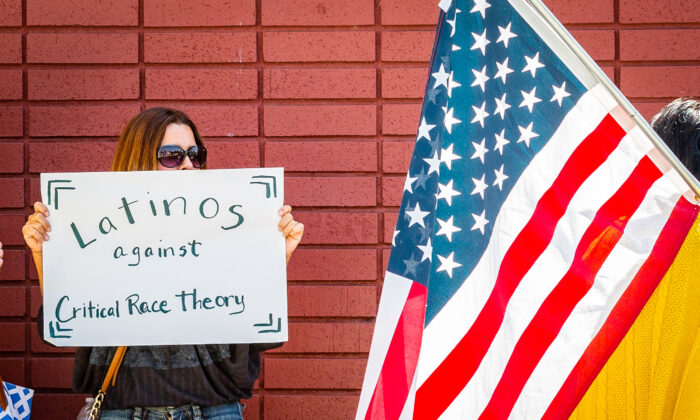 Democrats Still Not Getting Why Latinos Moving to GOP

One of the themes in my Epoch Times articles has been how many Latino voters, including in California, have been offended by the Democratic Party’s recent lurch to the far left. The Democratic Party of working-class voters I grew with in Michigan—the party of Harry Truman and John F. Kennedy—has morphed into the party of upper-class professionals who look with disdain on the party’s old voting base.

Last December I wrote, “Latino Shift to GOP Would Shake California, US Elections.”

One of the Democrats shocked at this change, but now analyzing it for its significance, is Ruy Teixeira. In 2002 he co-wrote, “The Emerging Democratic Majority,” based on an increasing number of Latino voters boosting Democratic vote totals. However, he recently left the leftist Center for American Progress to join the conservative American Enterprise Institute.

A July 24 interview he gave to the Washington Post, itself leftist, is revealing, especially for California. Teixeira pointed out in his 2002 book, the rise of a Democratic majority depended on “a certain baseline competitive minority of the white working-class vote. That’s something they failed to do” the past two decades.

In California, much of the white working class vanished when the aerospace industry was downsized at the end of the Cold War 30 years ago. Although aerospace still is fairly large, especially in Southern California, entire plants also have been moved to such places as South Carolina and Alabama.

A Boeing worker I know moved a couple of years back to the firm’s plant in Huntsville, Ala. Now much of his family is following him, or to neighboring Tennessee. Those voters are gone from here, but now they’re bolstering the GOP vote in those two Southern states.

Here’s why Republicans in California are still hopeful, at the state level, they can break the Democrats’ supermajority status—more than 2/3 of seats—in both the state Senate and the Assembly. Teixeira said, “And now we’ve seen a lot of trends in the last several elections that definitely call into question whether the Democrats can maintain the high levels of support they’re used to among Hispanic voters, particularly those in the working class. And if that’s the case, then you may have more Hispanic voters overall, but that’s being canceled out—perhaps even more than canceled out—by the fact that a significant part of this group is moving away from the Democrats.”

I was just talking with Assemblywoman Janet Nguyen (R-Fountain Valley), currently in a district that goes from Garden Grove down to Huntington Beach. She’s now running for state Senate in the newly created 36th District, which runs along the coast from Seal Beach to San Clemente, but also includes her base in Little Saigon.

The two biggest issues she stressed were crime and inflation. We’re hearing that from other Republicans, and they’ll all keep repeating it until November.

That issue obviously also resonates with Latinos, many of whom are truck drivers, or who have to drive long distances to work because of high housing prices. That $6-plus cost of gasoline or diesel really hurts.

Teixeira explained: “Democrats thought that they could get away with being perceived as committed to criminal justice reform to the point of not being concerned about public safety and being associated with slogans like ‘defund the police.’ The assumption was the Democrats could skate over these issues with the Latino population. They thought only conservative whites would be alienated … but I think a lot of Latinos were very alienated by this seemingly lax approach to crime and law enforcement. So all of those things painted the Democrats as being a little bit alien culturally to the Hispanic population. And one thing that’s very important to understand about Hispanics, particularly working-class voters, is they’re not liberals. They’re moderate to conservative, especially on cultural issues.”

What about the border? Democrat bigshots assume opening the border to Mexico will be an election winner for them among Latinos. Which makes no sense. The many Latinos I know don’t want open borders. A family whose sons recently moved my stuff to a new apartment just got their green cards, after years of effort. They told me they want closed borders. They worked hard through the system to stay here legally and now are taking the next step of working toward citizenship. They’re not happy about those who skip to the head of the line and are granted amnesty by the Biden administration.

Teixeira: “Latinos are not, in fact, supportive of open borders; they don’t think the border should be decriminalized. They care about border security, particularly Hispanics who live near the southern border. Democrats have sort of mis-learned the lessons of the past and are not attentive to present-day lessons. You’ve got to meet these voters where they are, what their fundamental day to day concerns are, which are actually pretty material: It’s about jobs, the economy, health care, better schools, public safety. Above all, it’s about upward mobility: they want to get ahead in life, they want their families and their kids to get ahead.”

It’s called pursuing the American dream. It’s what my three immigrant grandparents sought when they came here by boat around 1905 and went through Ellis Island, eventually to Pennsylvania and Ohio, then to Detroit, where they married and where their children, my parents and uncles and aunts, were born.

I think what we’re seeing here is Latinos want the government to be fair, to treat everyone equally according to the law. It’s the same thing the working-class whites want. Both groups see the system being skewed against them, with their incomes being siphoned away by high taxes and inflation and their children being taught incomprehensible nonsense in the schools their taxes fund.

These things go in cycles. Eventually, some Democrats will get the message. But it will take a new generation. President Biden is 78. House Speaker Nancy Pelosi is 82. Sen. Dianne Feinstein is 89. Soon they’ll be gone and forgotten.

In March in The Epoch Times, I predicted, using a statistical analysis, “Republicans Might Gain House Seats from California.” The election is just over three months away, so we’ll see.

We’ll also see if Democrats, should they suffer major national defeats due to Latinos shifting to the GOP, wise up and change course.