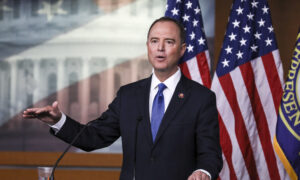 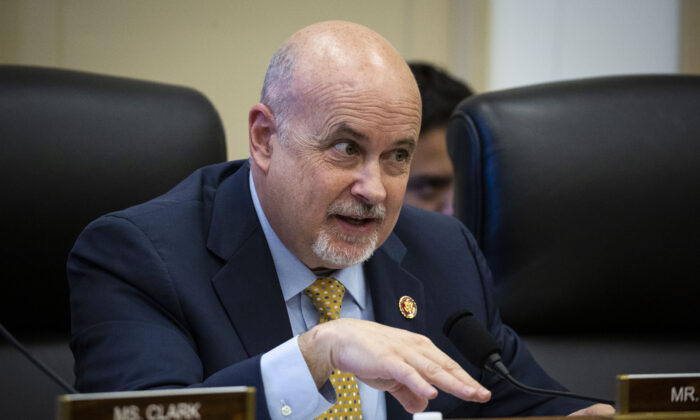 WASHINGTON—Executive branch officials who interfere with colleagues cooperating with the impeachment inquiry could face the prospect of lost paychecks, if House Democrats impose an obscure provision that is routinely included in federal spending bills.

The provision, under section 713 of the Financial Services and General Government Appropriations Act, stipulates that no federal funds can be used to pay “any officer or employee of the federal government, who … prohibits or prevents, or attempts or threatens to prohibit or prevent, any other officer or employee of the federal government from having any direct oral or written communication or contact with any member, committee, or subcommittee of the Congress.”

The process under the provision begins when Congress asks the General Accounting Office (GAO) to review a situation and decide whether the circumstances and actions of those involved justify withholding salary and for what period of time.

Rep. Mark Pocan (D-Wis.), who is a member of the House Committee on Appropriations, reportedly invoked the provision in an Oct. 8 letter to Secretary of State Mike Pompeo protesting the blocking of U.S. Ambassador to the European Union Gordon Sondland from appearing before the House Select Committee on Intelligence, in connection with the impeachment inquiry.

Shortly after sending the letter, Pocan wrote on Twitter that House Democrats “refuse to bankroll this administration while they hold witnesses hostage. Sondland must testify on Ukraine.”

Democratic campaign strategists cheered the threat in interviews on Oct. 22 with The Epoch Times.

“This move would once again show extreme restraint on the part of House Democrats,” said Christian Hanley of Defiance Strategies and host of the “Keep It in Perspective” podcast. “Article 1, Section 2 of the Constitution gives the House of Representatives ‘the sole power of impeachment.’ Virtually any other American who obstructed a lawful investigation at work would not only lose their paycheck but face criminal prosecution as well.”

Similarly, Spencer Critchley, managing partner of the California-based Boots Road Group, said he believes “most Americans would agree that if someone refuses to do their job, they shouldn’t be paid for it. Looking at the law, it’s clear: These federal employees need to respond to Congress or risk forfeiture of their pay.”

Critchley said: “This isn’t some obscure, forgotten measure dredged up from the past. It was re-upped by Republicans in 1998 and reauthorized by President Trump this year.

“The politics are right for congressional Democrats, too: They need to show they can fight for what they believe in. That’s especially important now, since they’re fighting for what we all presumably believe in, the Constitution.”

But The Epoch Times was also told invoking Section 713 is complicated, because of the appropriations process.

“Congress does have the power to withhold pay, but they would have to do so in an appropriations bill that would have to pass the Senate and get signed into law by the President,” Liberty Government Affairs founder Brian Darling said.

“The law that House Democrats are trying to use to withhold pay will not work, because the Trump administration would be the implementing authority to withhold pay to themselves.”

Darling, who is a former senior adviser to Sen. Rand Paul (R-Ky.), said “this will be yet another court battle,” because House Democrats know the Trump administration won’t cooperate, so “this seems like an empty threat that further exposes the limitations of the Congress in forcing executive branch officials to testify, because our founders intended to have a separation of powers between those two branches of government.”

House Democrats previously threatened to invoke the pay withholding process in a May 7 letter to officials at the departments of Justice, Commerce, and Interior who were allegedly refusing to cooperate with the House Committee on Oversight and Government Reform’s investigation of the administration’s plans to include a citizenship question on the 2020 census.

An Oversight Committee spokesman didn’t respond to The Epoch Times’ message asking if the process had been started for withholding the pay of any of the officials concerned in the May 7 letter.

The most recent case of GAO being asked to determine whether circumstances supported withholding the pay of an employee under Section 713 came in 2016 during President Barack Obama’s administration.

The three chairmen sought the GAO determination in 2015, and the opinion was delivered in a 15-page letter dated April 5, 2016, from GAO general counsel Susan Poling.

After months of negotiations seeking a mutually acceptable compromise between Congress and HUD, GAO concluded that the department’s “General Deputy Assistant Secretary and the Associate General Counsel prevented the Regional Director from having direct communications with the committees from April 8 to April 23, 2013, in violation of section 713.”

“HUD should consider these salary payments improper. We recommend that HUD seek to recover these payments,” the letter states.