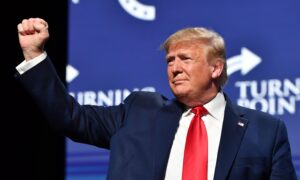 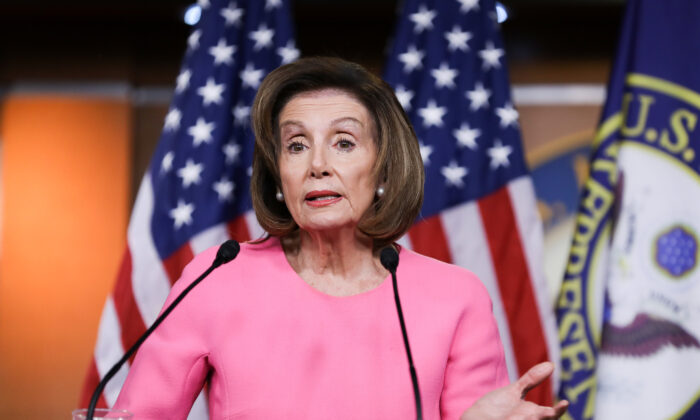 Democrats, Republicans Blame Each Other Over Border Surge

House Speaker Nancy Pelosi (D-Calif.) admitted there is a “humanitarian challenge” at the border but ruled out calling it a full-fledged crisis as throngs of illegal immigrants cross the U.S.-Mexico border, as a Republican senator said it’s the fault of the current administration.

“This is a humanitarian challenge to all of us,” Pelosi told ABC News on Sunday and echoed claims by the Department of Homeland Security’s (DHS) chief, Alejandro Mayorkas, in saying that it’s because President Joe Biden’s “administration has inherited [a] broken system at the border, and they are working to correct that in the childrens’ interest.”

The DHS has confirmed that more than 3,400 unaccompanied minors are in custody inside detention facilities as of last week. And separately, Customs and Border Protection officials stated there were more than 100,000 attempted illegal crossings in February, an increase from 78,000 who individuals tried to cross in January.

It comes as the Biden administration on Saturday announced it would deploy the Federal Emergency Management Agency (FEMA) to the border over the next three months.

“This again is a transition to what was wrong before to what is right,” Pelosi said of the development.

Meanwhile, Sen. Bill Cassidy (R-La.) told Fox News on Sunday that the border situation is due to Biden’s policies.

“Empirically it is entirely. You can’t help but notice that the administration changes and there is a surge,” Cassidy said. “And so when people think they can get in, they begin sending their unaccompanied child on a train ride across Mexico where she may be kidnapped and trafficked, on the hope that they’re going to be waved through at the border.”

The deployment of FEMA suggests that the administration believes the crisis will grow, Cassidy added.

“They’re sending FEMA for reinforcements—not for today, not for tomorrow, but for three weeks from now,” he said.

The DHS said FEMA will receive, shelter, and transfer unaccompanied minors who cross the border illegally, the agency said.

“We are working in partnership with HHS to address the needs of unaccompanied children, which is made only more difficult given the protocols and restrictions required to protect the public health and the health of the children themselves. Our goal is to ensure that unaccompanied children are transferred to HHS as quickly as possible, consistent with legal requirements and in the best interest of the children,” according to a DHS statement.