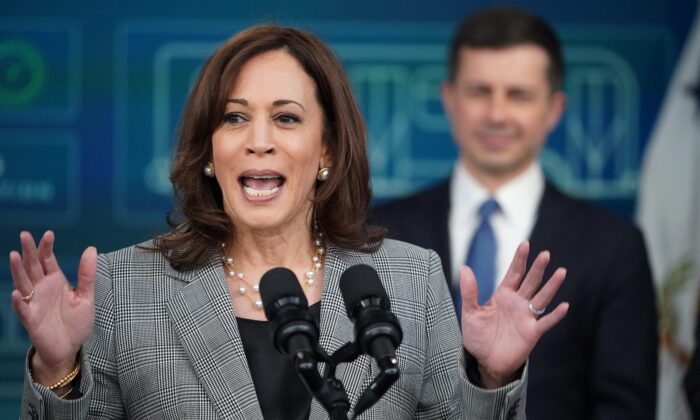 “Small-business owners, cash-heavy businesses, and those who can’t afford legal teams are easy targets for the new IRS agents and their audits. My amendment would ensure the Democrats’ supersized-IRS proposal cannot violate the president’s pledge to not raise taxes on those making less than $400,000,” he said in an Aug. 7 news release.

The amendment was rejected by Senate Democrats along party lines in a 50-50 vote. The final bill passed by Congress only mentions that it does not “intend” to raise taxes on households making below $400,000.

In his State of the Union address in March 2022, President Joe Biden had promised that his push for higher taxation will be applicable only to households earning more than $400,000 in yearly income, which amounts to around 1–2 percent of American taxpayers.

“Under my plan, nobody earning less than $400,000 a year will pay an additional penny in new taxes. Nobody,” Biden had said, according to CNBC.

An analysis of the new tax policies by the Joint Committee on Taxation discovered that around 78–90 percent of taxes raised as part of the bill will come from American citizens making less than $200,000 annually. Those earning more than $500,000 will account for only 4–9 percent of the new tax collection.

The Tax Foundation, a tax information nonprofit, estimates that the Inflation Reduction Act will cut down long-run gross domestic product (GDP) by around 0.1 percent.

While it will raise the long-run income of Americans, as measured by gross national product, by 0.05 percent, the bill also will end up pushing down capital stock by 0.3 percent and wages by around 0.1 percent, while eliminating roughly 30,000 full-time equivalent jobs.

The “most economically damaging” proposal in the bill is the 15 percent minimum tax on corporate book income, which alone contributes to a GDP reduction of 0.1 percent and the loss of around 23,000 jobs, according to the Tax Foundation’s analysis.

“By reducing long-run economic growth, this bill may actually worsen inflation by constraining the productive capacity of the economy.” Inflation had risen by 9.1 percent in the 12 months ended June 2022, the largest increase in four decades.

The Inflation Reduction Bill was passed in the Senate by a 51–50 vote on Sunday, with Vice President Kamala Harris casting the tie-breaker in her party’s favor. The roughly $740 billion package now heads over to the House.