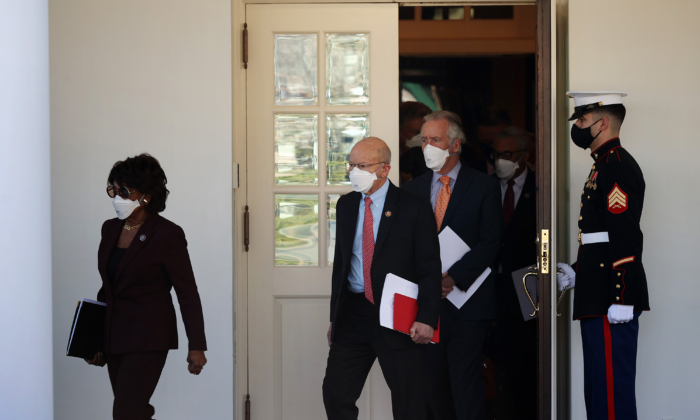 The $1.9 trillion pandemic relief measure being drafted by House Democrats features the first expansion of Obamacare in more than a decade, according to a set of legislative proposals unveiled by House Ways and Means Committee Chairman Richard Neal (D-Mass.) on Feb. 8.

A summary of the proposals released by Neal makes no mention of the ACA expansion, a key step toward President Joe Biden’s vision of building and expanding Obamacare. But the provision is nonetheless tucked away toward the end of a 90-page legislative proposal, which also includes a series of tax credits.

“Our nation is struggling, the virus is still not contained, and the American people are counting on Congress to meet this moment with bold, immediate action,” Neal said in a statement. “From increasing direct assistance to those who need it most to expanding tax credits for low- and middle-income workers, we deliver substantial solutions in this package.”

The expansion, if enacted, would last through 2022 and could be extended before it expires.

Neal’s proposals are written as budget reconciliation measures, which means the Democrats can pass the measures with a simple majority and no support from Republicans.

“While it is still our hope that Republicans will join us in doing right by the American people, the urgency of the moment demands that we act without further delay,” Neal said.

The nine proposals make up roughly half of the $1.9 trillion package proposed by the Democrats and include the $1,400 direct payments to Americans. Another proposal, if enacted, would cover 85 percent of the health insurance premiums for people laid off during the pandemic and continuing to use their employer-based health insurance, also known as COBRA.

Biden signed an executive order last month reopening online health insurance marketplaces, allowing people to sign up in several weeks. HealthCare.gov will open for a special enrollment period from Feb. 15 through May 15, giving Americans who don’t have insurance a chance to obtain some.

People in states with marketplaces served by the HealthCare.gov platform will be able to enroll in health coverage, the Department of Health and Human Services clarified in a statement. Enrollment can be done through the website, the Marketplace call center, or through direct enrollment channels. The administration will spend $50 million on outreach and education about enrolling.