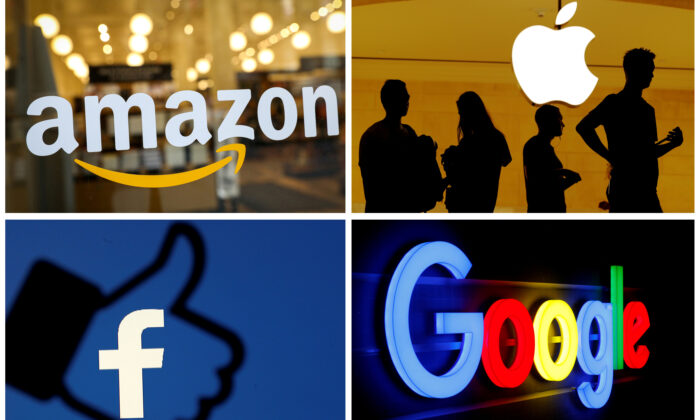 The logos of Amazon, Apple, Facebook, and Google are seen in a combination photo from Reuters files. (Reuters)
Viewpoints

Democrats’ New Big Tech Reform Agenda: The Good, the Bad, and the Ugly 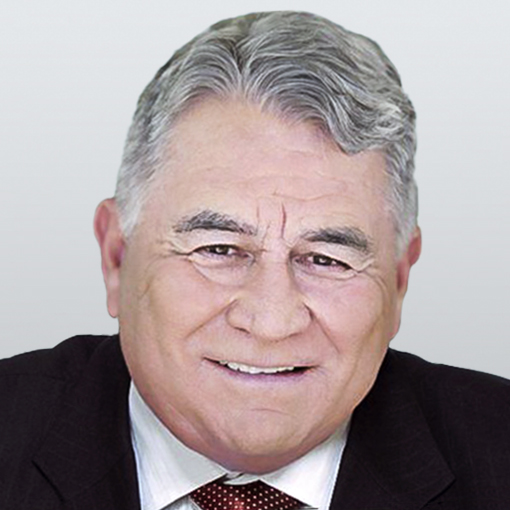 Congressional Democrats recently initiated discussions with the Biden administration on cracking down on Big Tech’s abuses of fair marketplaces and the American people.

While these leaders’ attention to this crucial public policy matter is noted and appreciated, the policy prescriptions they seek to impose are not all peaches and cream. With the balance of power equally divided in the U.S. Senate, congressional Republicans must use their leverage to properly call the balls and strikes on their colleagues’ efforts to rein in these digital monopolies and ensure that their initiatives don’t do more harm than good.

Pardon me for my skepticism when it comes to Democrats releasing any grip of power, especially with respect to the powerful technocratic forces that elected President Joe Biden.

Let’s be clear, though, there’s a lot to like about what the Democrats have already done and proposed. In fact, many of their proposals include significant overlap from ideas that President Donald Trump and his allies have pushed in public statements, legal filings, and on the congressional floor. So there may be some hope.

For example, Reuters’ reporting indicates that Sen. Ron Wyden (D-Ore.) is advocating for the White House to reform Section 230 of the Communications Decency Act. This provision of the law allows the Big Tech companies to receive treatment as platforms in the law’s eyes instead of as publishers, shielding them from accountability for user-posted content.

There’s something clearly wrong when companies that censor user content—a role traditionally reserved for publishers—don’t receive the same treatment as them. That’s why both Republicans and Democrats, including former President Trump, have taken objection to Section 230.

Wyden deserves kudos for raising this issue with the White House—and given the negative way that the current president has described the provision, it appears that there’s real hope for reform.

According to Reuters, others—such as Democratic Rep. David Cicilline (D-R.I.), who chairs the House Judiciary Committee’s antitrust subcommittee—have called on the Biden administration to throw the nation’s antitrust books at the Big Tech giants, a move that would track with a 400-page report his subcommittee issued in October. Doing so is supported by the vast majority of the intellectual class and political grassroots of both parties and could lead to the outright breakup of Facebook, Google, Twitter, and the rest of the tech giants.

Let’s also not forget that the Democrats have played a crucial role in many of the monumental legal cases that Big Tech currently finds itself fighting. For example, the Obama administration filed a key brief against Google in the Google v. Oracle Supreme Court case to be decided this summer. Critics of Google say this case could be the last nail in the coffin for the search engine giant’s habit of stealing its competitors’ intellectual property to monopolize the digital marketplace, and in many respects, the country will have Democrats to thank for it.

But in this post-Jan. 6 Capitol riot partisan political climate, it appears that for every good Democratic Big Tech proposal to fend off these monopolies’ abuses, there are several others that will do more harm than good for free speech and free markets.

For instance, Democratic Representative and Homeland Security Committee member Tom Malinowski (D-N.J.) has already asked the White House to crack down on platforms that boost “radicalizing content” that “triggers violence.”

The question, of course, is what “triggers violence?” To many on the left, words they disagree with constitute violence. This summer, we saw this with a newly trending phrase—“silence is also a form of violence.”

Violence is not the only action that the left is using to demand more censorship of the free flow of information. Democratic Rep. Jackie Speier (D-Calif.) also wants to meet with the White House about “the spread of disinformation, gender-based attacks online and steps toward content moderation.” She has also asked the White House in writing to label white supremacy as a national security threat.

Again, nearly anything can be termed racist. In Oregon, for instance, the state has declared that demanding students show their work in long-form math is a form of white supremacy. So is teaching Shakespeare in the classroom, apparently.

Liberals used to believe in the First Amendment. They used to respect arguments they disagreed with while opposing censorship. Now, far too many have changed their tune. Universities and college campuses have bred a generation of people who believe differing opinions should be shouted down and canceled, and this school of thought has now found its way into the halls of Congress.

Congress should want to take power away from Google, Facebook, and Twitter in its Big Tech crackdown, not empower them with more decision-making abilities.

To the extent that Democrats desire to curb Big Tech’s monopolistic influence, Republicans should embrace them with open arms, but they can’t allow the party to cede more power to Mark Zuckerberg, Jack Dorsey, and Sundar Pichai.

The goal of Big Tech reform should be to protect the First Amendment and the free flow of information in the digital square. Anyone who believes that emboldening these predatory companies to take further regulatory action against the American people is kidding themselves.

We must agree on this basic fundamental principle, that without free speech, there’s no freedom!

Bill Martinez is an award-winning marketing and broadcast journalist and host of the nationally syndicated radio show “The Bill Martinez Show.” Find out more at BillMartinezShow.com.