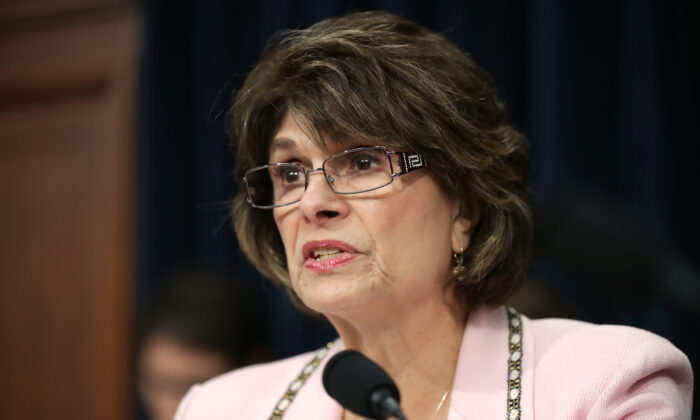 At least 41 Congress members won’t seek reelection in the 2022 midterms, 24 of them Democrats. That’s a reversal from the previous midterms in 2018, when 55 lawmakers retired, 37 of them Republicans.

Midterms usually see a slew of retirements, many only announced early in the election year. If that trend is to hold, there may be more announcements to come.

“Serving my constituents in Congress has been the single most distinguished honor of my life,” said Rep. Lucille Roybal-Allard (D-Calif.) on Twitter on Dec. 20 announcing her retirement. “Over my many years of public service, I have always strived to do that which is best to help improve my community and my country.

“After thirty years in the House of Representatives, the time has come for me to spend more time with my family. Therefore, I have decided not to seek reelection. While I will not be seeking reelection in 2022, I look forward to continue to work for the people of my district in the new year and long after I leave public office.”

Two other Democrats, Rep. Albio Sires (D-N.J.) and Rep. Stephanie Murphy (D-Fla.), within 24 hours of Roybal-Allard, were reported to be retiring, though Sires has yet to make an official announcement.

Among the House retirees, at least 15 are seeking other offices, mostly Senate or governor seats. Among those who seem to be leaving public office for good, 15 House members are Democrats and five are Republicans.

The latest Republican to head for the doors was Rep. Devin Nunes (R-Calif.). On Dec. 6, he announced he will become the chief executive of Trump Media & Technology Group, a social media startup launched by former President Donald Trump.

In the Senate, five Republicans and one Democrat so far are leaving, with none of them apparently seeking other public offices.

The Missouri seat leans strongly Republican after Trump carried the state in 2020 by more than a 15-point margin.

The Pennsylvania seat appears the easiest to flip. John Fetterman, a Democrat and the state’s current lieutenant governor, has by far outraised and outspent any other candidate for the Senate seat, with more than $5 million disbursed and more than $4 million still in the bank.

On the House side, retiring Rep. Ronald James Kind (D-Wis.) kept his seat in 2020 by less than a 3-point margin. Even after redistricting, the seat remains highly competitive. Wisconsin only made slight changes to its congressional map, earning an “A” grade from the Princeton Gerrymandering Project (PGP).

Rep. Cheri Bustos (D-Ill.) prevailed two years ago by just 4 points, but the state’s Democrat-controlled Legislature gerrymandered the state’s districts to make it easier for Democrats to win most of them, according to PGP, which graded the new Illinois map with an “F.”

Rep. Peter DeFazio (D-Ore.) previously beat his opponent by about 5 points, but Oregon Democrats also gerrymandered, giving their party an advantage, and earning an “F” from the PGP. DeFazio’s district would be a tough nut to crack for a Republican, based on the project’s estimations.