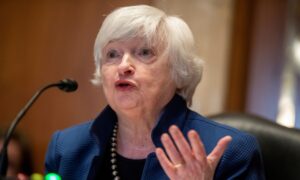 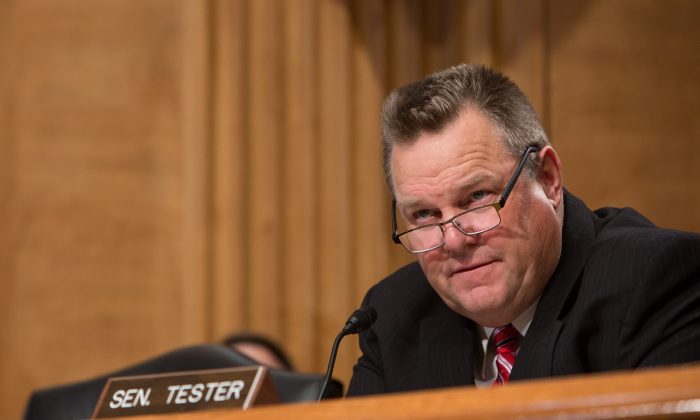 Several Democrats in Congress have expressed concern about the looming U.S. deficit default and government shutdown next month, saying there is no backup plan.

The Senate could vote on a House-passed measure that would provide funding to the federal government into early December and suspend the debt ceiling until 2022. Senate Minority Leader Mitch McConnell (R-Ky.) said that Republicans are unwilling to raise the debt ceiling, pointing to Democrats having control over both houses of Congress and the executive branch.

“I don’t know what the plan B is… Plan B is to have Republicans step up and be responsible,” Sen. Debbie Stabenow (D-Mich.) told The Hill.

“So then what’s the plan?” Sen. Jon Tester (D-Mont.) told the publication. “We’ve got to pay our bills,” he added. “This is asinine… People need to remove their heads from their lower extremities.”

Sen. John Thune (R-S.D.), the No. 2 Republican in the upper chamber, when asked about the plan, told the paper that “I assume Democrats go to the drawing board.”

On Wednesday, McConnell and Sen. Rick Scott (R-Fla.), a member of the Republican leadership in the Senate, called on Democrats to raise the debt ceiling.

“This is a totally Democratic government. They have an obligation to raise the debt ceiling and they will do it,” McConnell said. Both said that Democrat lawmakers want the debt ceiling to be raised in order to pass mammoth spending packages, including the $3.5 trillion budget reconciliation measure.

McConnell has introduced an alternative continuing resolution earlier this week that excludes suspension of the borrowing limit. Without Republican support in the 50-50 Senate, the measures could be blocked by a GOP filibuster.

In the meantime, some Democrats, including House Speaker Nancy Pelosi (D-Calif.), have said that Republican votes are needed to pass both bills.

“I don’t know where else the debt ceiling would go,” Sen. Chris Murphy (D-Conn.) told the paper, noting that he was “open to different pathways, but … there’s no question in my mind that it will only happen with Republican votes.”

On Thursday, Pelosi said during a weekly news conference that the continuing resolution to avoid a government shutdown and a measure to suspend the debt ceiling will be passed by the end of September.

“It’s quite appalling, because when Republican presidents were there, we always had bipartisan support for that,” Pelosi remarked.

The White House circulated a memo in Congress last week that should the United States default on its debt, a number of federal programs and agencies would not be funded while adding that millions of jobs could be lost, triggering an economic recession. Previously, Treasury Secretary Janet Yellen warned that the ceiling could be hit sometime in October.

Bond rating firm Moody’s this week warned that six million jobs could be lost if the U.S. defaults.

“Shutting the government down would not be an immediate hit to the economy, but a default would be a catastrophic blow to the nascent economic recovery from the COVID-19 pandemic,” the Moody’s report said, noting that the stock market could drop by as much as a third and wipe out trillions of dollars in household wealth.

But, the report noted that numerous experts believe that Congress will ultimately act to raise or suspend the borrowing limit.