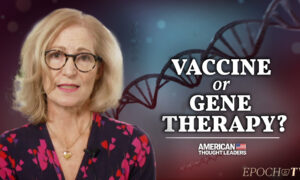 3
Dr. Tess Lawrie: COVID-19 Vaccines Cause Inflammation in ‘Every Organ and Tissue of the Body’
2d
sharecomments
Read More 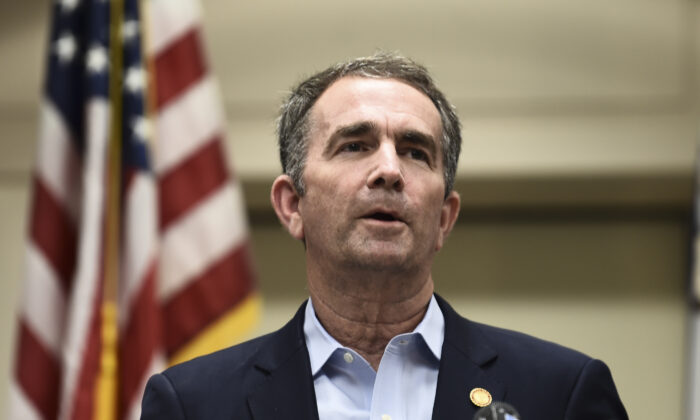 Virginia Democrats are proposing a mandatory state gun registration measure after widespread public outrage forced them to back off a more aggressive plan to confiscate so-called assault weapons, a designation that gun experts have long rejected as arbitrary.

But Gov. Ralph Northam’s plan still calls for a ban on assault weapons, albeit with a grandfather clause allowing those who already own such weapons to keep them, Northam spokeswoman Alena Yarmosky said in a statement, The Daily Wire reported on Dec. 12.

The grandfather clause will apply only if the owners register their weapons with the government “before the end of a designated grace period,” Yarmosky said.

Northam issued what Cam Edwards of the pro-Second Amendment website Bearing Arms characterized as a “veiled threat” to use force against political subdivisions of the state that refuse to comply with new laws.

“If we have constitutional laws on the books and law enforcement officers are not enforcing those laws on the books, then there are going to be consequences, but I’ll cross that bridge if and when we get to it,” Northam reportedly said Dec. 10.

The recent flurry of activity in Virginia on gun policy comes in the wake of Democrats’ Nov. 5 takeover of both houses of the General Assembly in Richmond, an electoral development that some observers say completes the years-long transition of the formerly red state into a blue state. Democrats now control all the levers of political power at the state level, including the governorship and the attorney general’s office.

The left’s assault on Second Amendment rights moved into high gear after a May 31 shooting in Virginia Beach that left 12 people dead boosted gun control proposals and emboldened activists. Everytown for Gun Safety, a gun-control pressure group created in 2014 by billionaire Michael Bloomberg, the former New York mayor who recently launched a campaign for the 2020 Democratic presidential nomination, spent $2.5 million in the state this year to elect pro-gun-control Democrats.

After Democrats flipped control of the legislature, Northam, Attorney General Mark Herring, and incoming Senate Majority Leader Dick Saslaw took strong public stands, promising criminal charges for gun owners who refuse to surrender their guns and to use the National Guard to enforce any new gun laws that may be enacted.

Saslaw’s new legislation banning specific varieties of firearms was pre-filed for the legislative session that begins next month. Red-flag confiscation laws and universal background checks are also expected to resurface in the coming legislative session.

All of that has caused a grassroots backlash throughout the commonwealth.

More than 80 of Virginia’s 95 counties have since declared themselves Second Amendment sanctuaries, vowing not to enforce gun laws they deem unconstitutional.

The Virginia Citizens Defense League, which encourages counties to ignore unconstitutional gun laws, said there is “no doubt” that citizen activism caused Democrats to reverse course and pursue registration instead of confiscation.

“They were hoping to play that card later, but they’re playing it now because they have to find some way to slow down this whole process,” VCDL president Philip Van Cleave told The Washington Free Beacon.

Culpeper County Sheriff Scott H. Jenkins has taken things a step further than other gun-rights supporters after his county’s board of supervisors unanimously declared the county a Second Amendment sanctuary, vowing to push back against new gun control laws by deputizing “thousands” of county residents.

“‘Red Flag’ laws without due process will create enormous conflict as well.”

“Obviously, if passed, there are many of us willing to challenge these laws through the courts. In addition, if necessary, I plan to properly screen and deputize thousands of our law-abiding citizens to protect their constitutional right to own firearms.”

Jenkins was in the news in August when an illegal alien’s class-action lawsuit, in which he claimed the sheriff violated his constitutional rights by detaining him at the request of U.S. Immigration and Customs Enforcement, was thrown out by a federal judge, as The Epoch Times previously reported.