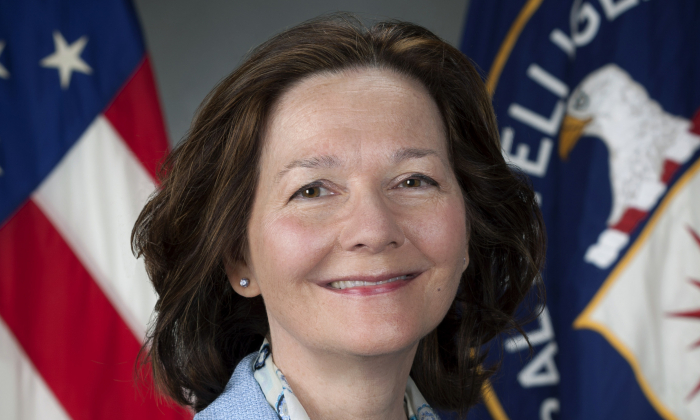 Democrats Blocking CIA Nominee Because She Is ‘Too Tough on Terror,’ Trump Says

Democrats are blocking President Donald Trump’s pick to head the CIA because “she is too tough on terror,” the president wrote on Twitter on Monday.

“My highly respected nominee for CIA Director, Gina Haspel, has come under fire because she was too tough on Terrorists,” Trump wrote. “Think of that, in these very dangerous times, we have the most qualified person, a woman, who Democrats want OUT because she is too tough on terror. Win Gina!”

My highly respected nominee for CIA Director, Gina Haspel, has come under fire because she was too tough on Terrorists. Think of that, in these very dangerous times, we have the most qualified person, a woman, who Democrats want OUT because she is too tough on terror. Win Gina!

Trump’s comment comes two days before Haspel’s first confirmation hearing before the Senate Intelligence Committee. On Monday, she was expected to meet with three Democrats from the committee. Democrats are expected to question her on the work she did in the early 2000s during the “War on Terror.”

Haspel faced criticism for running a CIA prison in Thailand where Abd al-Rahim al-Nashiri, the alleged mastermind of the USS Cole bombing which killed 17 Americans, was waterboarded three times. Waterboarding took place at the same prison before Haspel arrived there in October 2002, with one prisoner, Abu Zubaydah, reportedly being waterboarded 83 times in one month, according to The Daily Caller.

When Trump nominated Haspel for the post, damning reports surfaced about her tenure at the prison which later proved to be false. ProPublica led the charge with an article claiming that Haspel enjoyed the torture of Zubaydah. The report’s headline was later fixed to say “Correction: Trump’s Pick to Head CIA Did Not Oversee Waterboarding of Abu Zubaydah.”

Haspel was also involved in the destruction of 92 videotapes of interrogations of al-Qaeda detainees in CIA prisons. In April, the CIA released a disciplinary review memo written in 2011 which cleared Haspel of any wrongdoing in the tape destruction incident.

Sen. Diane Feinstein (D-CA), a member of the Intelligence Committee, said in March that she won’t block Haspel’s nomination because she did well in her role as a deputy director and had the confidence of the agency. Feinstein was at the head of the committee when it investigated CIA prisons.

The former Obama-administration CIA chief of staff Jeremy Bash told NBC that Haspel “is the rare CIA director nominee that both parties should love.” Haspel also received the support of the editorial boards of New York Post, The Wall Street Journal, and The Weekly Standard.

If confirmed, Haspel would become the first woman to head the CIA. The post at the agency became vacant after Trump nominated the former director, Mike Pompeo, to become the secretary of state. Pompeo was confirmed and took the oath in late April.

Trump gave his first speech as president at the CIA headquarters in January 2017.