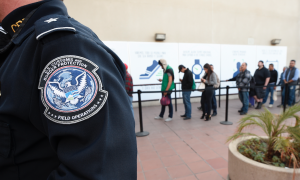 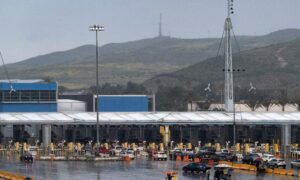 US Closing Border With Mexico to Non-Essential Travel
0 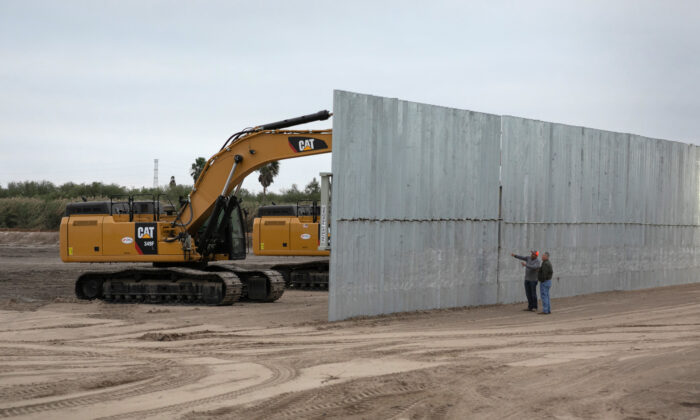 A loader grades land near a section of privately-built border wall under construction near Mission, Texas on Dec. 11, 2019. (John Moore/Getty Images)
Trump Presidency

Nearly 100 Democrats in Congress are urging the Trump administration to halt construction on the U.S.-Mexico border wall during the coronavirus pandemic.

Ninety-one Democrats in the House and Senate signed onto a letter addressed to key members of the Trump administration, requesting that “all border wall construction halt immediately.” Not only has border construction continued amid the coronavirus outbreak, but the White House has moved to expedite its progress—to the chagrin of its critics.

News of the letter was first reported by Axios.

“Money should be invested in healthcare, small businesses, and fighting the spread of COVID-19, not used to build an ineffective and wasteful border wall that does not solve our immigration crisis or protect our homeland,” the lawmakers wrote. “We should be using all resources and funding to combat this virus and protect Americans.”

Sixty-six Democrats in the House and 25 Democrats in the Senate are in support of the push including Senate Minority Leader Chuck Schumer, House Judiciary Chair Jerrod Nadler, and several members who represent border districts.

The Trump administration, undeterred by the crisis, has continued with its most lauded campaign promise of 2016: the construction of a massive border wall between the United States and Mexico. The White House promised to construct around 400 miles of border wall before the end of 2020.

Border Patrol Chief Rodney Scott announced April 6 that 151 miles of border wall had been completed since the dawn of the Trump administration. Scott revealed in an updated post Monday that the total amount of completed border wall has risen to 158 miles.

Despite claims made by Democrats, Wolf has pointed to numerous instances where illegal immigrant crossings have gone down after the erection of a wall system.

Notably, on the same day that the letter was dated and released, the Department of Homeland Security (DHS) issued an environmental waiver allowing for the “expeditious construction” of roughly 15 miles of border wall in the Rio Grande Valley Sector in Texas.

Democrats—who have long opposed the concept of a border wall—are pointing to the coronavirus pandemic as a reason to pause construction.

“At this juncture, the priority of the United States must be to stop the spread of COVID-19. The continuation of wall construction compromises those efforts,” the Democrats said.