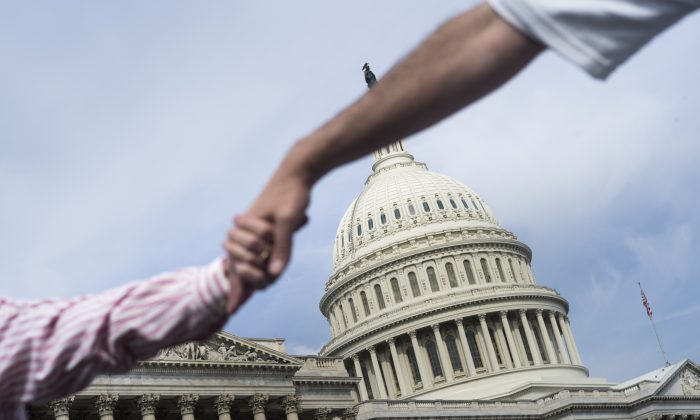 Democrats and Republicans Share the Blame for Looting Social Security

The intent of the 1983 legislation was that every dollar of the surplus revenue would be saved and invested in marketable U.S. Treasury bonds. These “good-as gold” marketable bonds were to be held in the trust fund until the baby boomers began retiring in 2010. But, none of the surplus revenue was saved or invested. Instead, the money was used as general revenue for whatever the government chose to spend it on. Much of the Social Security money was used to finance the large, unaffordable income tax cuts, and some of it went to finance wars. The government replaced the actual money with government IOUs, which can neither be converted to cash nor used to pay Social Security benefits.

The government continues to try to convince the public that the IOUs in the trust fund are real bonds, similar to the bonds held by China and our other creditors. But the IOUs are not like the marketable Treasury bonds held by China. They cannot be converted into cash, and they cannot be used to pay Social Security benefits. Despite the government’s efforts to keep the public from finding out about the looting, a tiny bit of the truth occasionally slips out.

The summary of the 2009 Social Security Trustees Report made the following direct statement: “Neither the redemption of trust fund bonds, nor interest paid on those bonds, provides any new net income to the Treasury, which must finance redemptions and interest payments through some combination of increased taxation, reductions of other government spending, or additional borrowing from the public.”

Every member of Congress and all recent presidents know about the looting of Social Security, and most of them were participants. During a Senate speech on March 16, 2011, Sen. Tom Coburn, from Oklahoma, who had already announced that he would not be seeking re-election, said, “Congresses under both Republican and Democrat control, both Republican and Democrat presidents, have stolen money from Social Security and spent it. The money’s gone. It’s been used for another purpose.”

Most members of Congress are guilty of having participated in the misuse of Social Security money, and they would pay a high political price if the big dirty secret were to become public knowledge. They have kept the looting a secret for nearly three decades and are determined to continue to keep the public in the dark. The looting of Social Security is a crime against the American people that could make Watergate pale by comparison. But, unlike Watergate, both political parties are equally to blame this time, and they will do everything within their power to keep the public from finding out about the big dirty secret.

Allen W. Smith is professor emeritus of economics, Eastern Illinois University. He is the author of seven books, including “Understanding Economics,” a high school textbook published by Random House, and “The Looting of Social Security.” Smith holds a doctorate in economics from Indiana University. Copyright 2015 Allen W. Smith. ironwoodas@aol.com