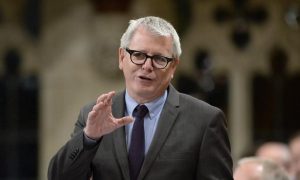 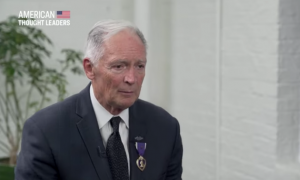 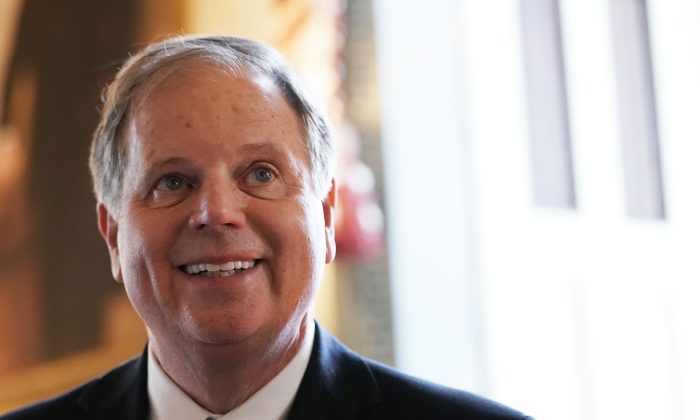 Freshman Sen. Doug Jones (D-Ala.) suggested that he might vote to acquit President Donald Trump when the impeachment articles are presented to the Senate for a trial.

“I didn’t sit in front of the TV set the entire time the last two or three months. I’ve been trying to read this. I’m trying to see if the dots get connected. If that is the case, then I think it’s a serious matter. I think it’s an impeachable matter,” he told ABC News.

“But if those dots aren’t connected and there are other explanations that I think are consistent with innocence, I will go that way too. I have got to make sure that I—what I really want to see, though, is to—to fill in the gaps. There are gaps,” Jones added.

Senate Majority Leader Mitch McConnell (R-Ky.) said there might be potential Democratic defections in the Senate.

“It wouldn’t surprise me if we got one or two Democrats,” McConnell told Fox News on Dec. 17. “My hope is that there won’t be a single Republican who votes for either of these articles in the House,” he continued.

Jones and Sen. Joe Manchin (D-W.Va.) are considered relatively moderate Democrats. Both states voted in favor of Trump in 2016.

Manchin previously said that he was not sure how he’ll vote on impeachment. “I’m very much torn on it. I think it weighs on everybody,” he told reporters earlier this month.

In the ABC interview on Sunday, Jones stated he has “no idea what Mitch McConnell is talking about” on the Democrat defections.

Jones was elected despite Trump winning Alabama by 30 points. The senator’s opponent, former judge Roy Jones, was accused of sexual harassment and sexual assault during the race.

Sen. Ron Johnson (R-Wis.), chairman of the Senate Homeland Security Committee, called the delay “bizarre,” noting Pelosi and other Democrats have said they were in a “rush” to pass articles of impeachment.

“I just think it’s kind of bizarre they had to rush to this impeachment vote, and then all of a sudden she’s sitting on it,” Johnson told ABC’s ‘This Week.’

“I don’t think the Senate should be making the case the House should have made in their presentation. My guess is they weren’t able to make the case.”