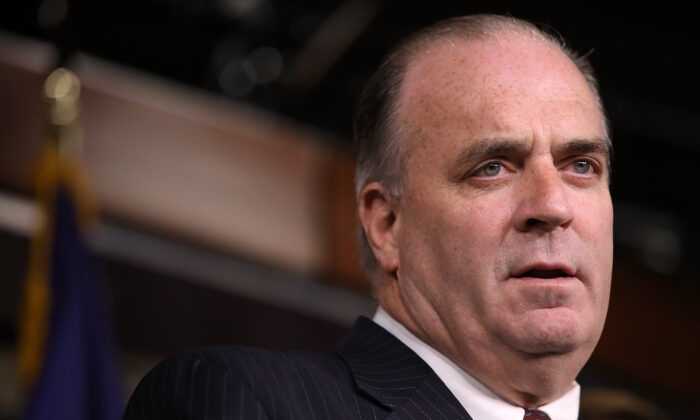 Rep. Dan Kildee (D-Mich.) said Thursday that his constituents would prefer if Congress focused on issues that are relevant to them rather than the impeachment of President Donald Trump, echoing similar claims made by at least two other Democrats, in a break with Speaker Nancy Pelosi (D-Calif.) and other leaders.

“Mostly, I hear that they want us to work on issues like the prescription drug prices, trade, and the economy,” Kildee told Fox News. “They do offer their thoughts on this and I think that’s positive, but mostly the American people want us to work on the issues that affect them at the kitchen table everyday.”

His remarks came just hours after Pelosi announced her caucus would press forward on drafting articles of impeachment against Trump following several weeks of hearings. On Wednesday, the House Judiciary Committee heard testimony from four law professors, with three of the ones selected by Democrats saying that impeachment is warranted.

In Michigan, Rep. Elissa Slotkin (D-Mich.) was booed and heckled during a town hall meeting in November after she lent her support to impeaching Trump. “Myself and six other members of the freshman class in Congress, all former military or former CIA, wrote a joint op-ed and came out in support of an impeachment inquiry,” Slotkin said during the town hall. “And I wanted you to know from me—I wanted you to know from me.”

Amid the impeachment inquiry, Republicans have criticized Democrats as being out of touch and focusing on the wrong issues.

Rep. Jeff Van Drew (D-N.J.), who has been perhaps the most visible Democratic Congressman to voice opposition to impeachment, told NBC Philadelphia on Friday that he is still opposed to the measure despite Pelosi’s announcement.

Van Drew said that if the House impeaches Trump, the Senate won’t vote to convict him and would result in “tearing the country apart.”

A day before that, he told CNN he will not vote in favor of articles of impeachment.

The divisive topic “is tearing the nation apart. … And I want to bring people together,” Van Drew added, saying Democrats should be “careful what you wish for.”

Rep. Collin Peterson (D-Minn.) was also asked if he’d vote to impeach Trump. He suggested he would not, telling CNN: “I don’t have an idea what they’re doing.”

Van Drew and Peterson, who chairs the House Committee on Agriculture, were the only two Democrats to oppose a procedural House vote—the only one that has been held so far—on moving the impeachment inquiry into the public sphere. No Republicans supported it.

A simple majority is needed to impeach, and the Democrats have a 233-197 advantage in the House. The Senate, meanwhile, needs 67 out of 100 votes to remove a president, which has never been done before in the history of the United States.