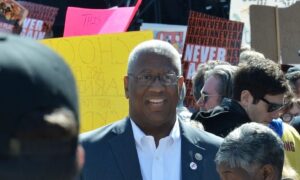 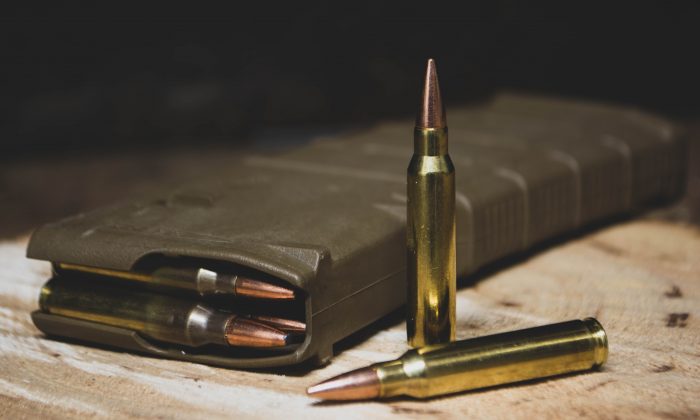 Stock photo of a magazine and ammunition. (Will Porada/Unsplash)
Education

A new law proposed by a Virginia legislator would make it illegal for individuals to possess not only firearms but also ammunition on school grounds.

Democrat Kaye Kory, a Virginia House delegate, is sponsoring House Bill 318, which would amend an existing state law that prohibits firearms on the property of “any public, private or religious elementary, middle or high school, including buildings and grounds.” Under the proposed law, possessing ammunition at those locations would become a Class 1 misdemeanor punishable by a $2,500 fine and up to a year in prison.

The proposed bill does not make it clear if it is still punishable for an individual who is found with only one round of ammunition, or if he/she had no means of utilizing the ammunition. It could mean that the mere possession of a single round of ammunition counts as a violation.

The current Virginia state law exempts the firearm ban on school grounds if the individual has “a valid concealed handgun permit and possesses a concealed handgun while in a motor vehicle in a parking lot, traffic circle, or other means of vehicular ingress or egress to the school.” It also states that an individual who possesses “an unloaded firearm that is in a closed container, or a knife having a metal blade, in or upon a motor vehicle, or an unloaded shotgun or rifle in a firearms rack in or upon a motor vehicle.”

The proposed bill does not specify whether those exemptions extend to a concealed firearm and its ammunition. In order to avoid violating the ammunition ban, a legally permitted concealed carrier might need to remove ammunition from his/her car before parking and leaving the car on school grounds.

After the November 2019 election, Democrats successfully seized control of both the Virginia Senate and the House of Delegates. The shift in Virginia’s General Assembly is expected to result in a shift in the state’s gun control policy, giving Democratic governor Ralph Northam an opportunity to push forward a package of eight gun control bills he planned to discuss at a special session following the mass shooting in Virginia Beach. The then-Republican-led state legislature dismissed the session.

“When I brought the legislature back on July the 9th, I put eight pieces of common-sense gun legislation, things like universal background checks…Getting rid of bump stocks, high volume magazines, red flag laws,” said Northam during an interview with CNN’s John Berman after the November 2019 election. “I will introduce those again in January. And I’m convinced with the majority now in the House and the Senate, they’ll become law and because of that, Virginia will be safer.”