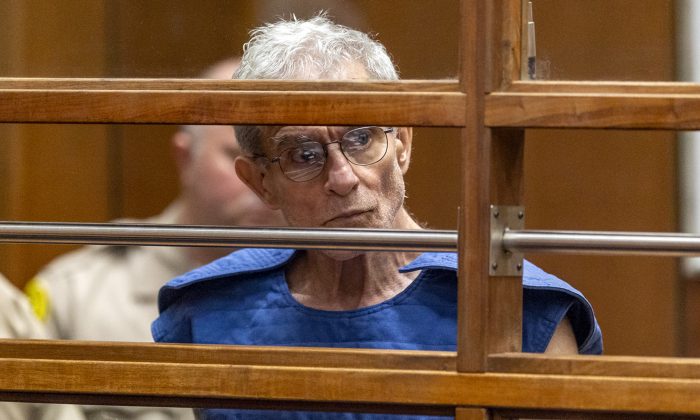 A megadonor in California has been hit with a federal charge in Gemmel Moore’s 2017 overdose death.

Ed Buck, who over the years has donated funds to a slew of top Democrats, including Barack Obama and Hillary Clinton, lured Moore, 26, to Los Angeles, prosecutors said at a Sept. 19 news conference.

“The case against Mr. Buck alleges that he provided Gemmel Moore with a lethal dose of methamphetamine,” U.S. Attorney Nick Hanna told reporters.

The 65-year-old “brought Mr. Moore to L.A. with the purpose of engaging in sexual activity.”

Buck faces a minimum of 20 years in prison if convicted.

Moore’s mother, Leticia Nixon, said in a video she posted on Twitter after the charge was announced that she was pleased.

Moore, who was found dead in July 2017, had written in his journal that Buck was “the one to thank” for his becoming addicted to drugs.

Moore’s death was the first at Buck’s West Hollywood apartment. Timothy Dean, 55, was found dead by overdose at the residence in January. Another man overdosed at the apartment in September but escaped and called the authorities, prosecutors said while charging Buck earlier in the week.

Buck was charged with operating a drug house, battery causing serious injury, and providing methamphetamine to a 37-year-old man who suffered a drug overdose last week, according to the Los Angeles County District Attorney’s Office.

Prosecutors said the man was first injected by Buck on Sept. 4. The man became concerned he was going to overdose and left to get medical treatment, but returned to the apartment a week later when Buck allegedly injected him again.

Prosecutors say Buck blocked the man from seeking help, prompting the victim to eventually escape the residence and call 911 from a nearby gas station.

Hanna said on Thursday that authorities have found 10 additional victims, including nine who “said Buck administered drugs to them or strongly encouraged them to ingest narcotics as part of an agreement to be compensated for sexual services.”

Los Angeles County District Attorney Jackie Lacey said at the press conference that “We were not at all moved by his reputation,” referring to Buck’s connections with powerful officials within the state and nationally.

“Under state law, however, we determined there was insufficient admissible evidence to hold Mr. Buck responsible for the deaths of Mr. Moore and Mr. Dean,” Lacey added. “Ultimately, we arrived at the conclusion that there were more options under federal law that could carry a lengthier prison sentence.”