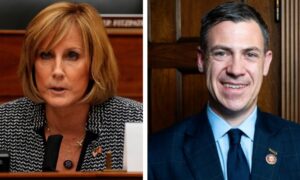 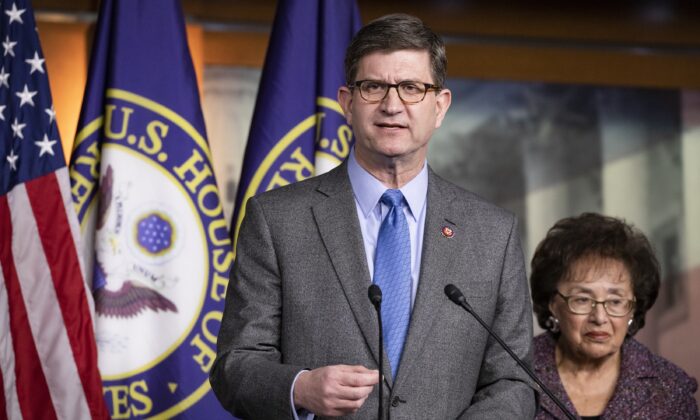 A Democratic member of the House of Representatives says he won’t pursue a censure resolution against Rep. Marjorie Taylor Greene (R-Ga.) for her comments relating to Jews in Nazi Germany.

Rep. Brad Schneider (D-Ill.) said he was “pleasantly surprised” to learn that Greene has visited the Holocaust Memorial Museum in Washington and also apologized this week for comparing mask mandates to the treatment of Jews under Adolf Hitler.

“In light of her apology, I am electing not to go forward at this time with introducing a resolution of censure,” he said in a statement.

“Moving forward, I will continue to call out harmful or dangerous rhetoric by my colleagues, irrespective of which side of the aisle from which it emanates. While I will certainly have vehement disagreements with Rep. Greene on policy, politics, and style, I hope that Congress can take the necessary steps to serve as a model to a nation desperately in need of leaders willing to correct themselves when they are wrong, and to engage in a more civil discourse to ultimately work together toward a ‘more perfect union.'”

Schneider suggested that the threat of a censure resolution led Greene to “reconsider her remarks in the context of the singular horrors of the Holocaust.”

Greene, during a TV show appearance in May, denounced House Speaker Nancy Pelosi (D-Calif.) for making House members wear masks. She was also upset that Pelosi seemed to suggest separating vaccinated members from unvaccinated ones.

“You know, we can look back at a time in history where people were told to wear a gold star, and they were definitely treated like second-class citizens, so much so that they were put in trains and taken to gas chambers in Nazi Germany,” Greene said at the time. “And this is exactly the type of abuse that Nancy Pelosi is talking about.”

The comments drew criticism from a range of groups and individuals, but Greene initially defended them.

On June 14, she said she knew that “there’s nothing comparable to” the Holocaust, adding, “And there are words that I have said, remarks that I’ve made, that I know are offensive and for that I want to apologize.”

Schneider also called out a Democratic colleague last week. In a joint statement with other Jewish members, he said Rep. Ilhan Omar (D-Minn.) should clarify her statement that said, in part, “We have seen unthinkable atrocities committed by the U.S., Hamas, Israel, Afghanistan, and the Taliban.”

“I hope all can avoid such offhanded statements in the future as we work together to support American jobs & families,” he added.

While Pelosi also expressed satisfaction with Omar’s updated statement, Republicans this week introduced a resolution to censure Omar and fellow members of the so-called Squad. The resolution accuses them of “defending foreign terrorist organizations and inciting anti-Semitic attacks across the United States.”

Greene was stripped of her committee posts in February for remarks she made before she entered Congress. Rep. Jimmy Gomez (D-Calif.) has since introduced a resolution that would kick Greene out of the House, but because such a move would require a two-thirds vote, it’s considered unlikely to succeed.