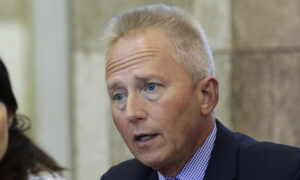 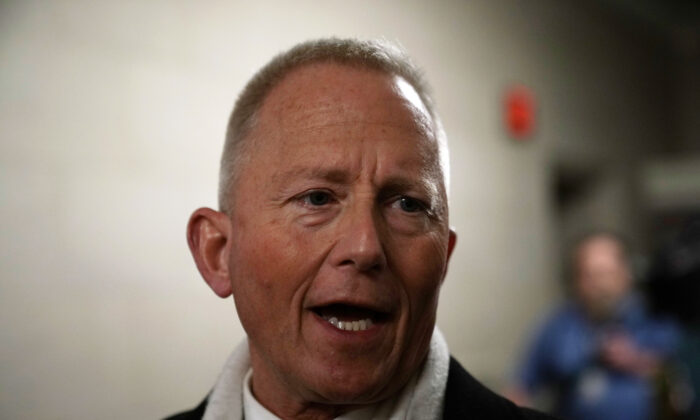 A Democratic congressman has denounced the process of the impeachment inquiry against President Donald Trump as akin to “something you would see in Europe or third-world nations.”

Rep. Jeff Van Drew (D-N.J.) is one of two Democrats who voted in October against the impeachment process resolution, which no Republicans voted for.

During an appearance on Fox Nation’s “Maria Bartiromo’s Insiders,” Van Drew said his decision to vote against the House impeachment inquiry is not related to Trump, but rather, is about “not misusing” the institution of impeachment.

“This has nothing to do with whether you like Donald Trump, or don’t like him, or want to see him have a second term or win in an election. This has to do with the institution of impeachment itself and not misusing it.”

Van Drew referred to a piece written more than 150 years ago by French political thinker and historian Alexis de Tocqueville on the subject of impeachment, alluding to the probe against Trump as reflecting the decline of the nation.

“You know, De Tocqueville in 1853 wrote that if a nation was more and more often using … impeachment as a way of actually removing its leaders, it would show the deterioration of the nation,” he said.

“It is so rarely used, should be rarely used. And as I’ve mentioned to you before, it is something that during the hundreds of years of American history has never been successfully used.”

The congressman then compared the impeachment process to “more like something you would see in Europe or third-world nations,” and suggested House Speaker Nancy Pelosi should instead focus on “real issues.”

“So wouldn’t it be wonderful at the end of this presidency, to the benefit of both political parties, but most of all, to the benefit of Americans, if we actually got some of these very important issues finished and taken care of instead? It will not happen in this toxic atmosphere,” Van Drew said.

He also said during an appearance on Fox’s “Sunday Morning Futures” that his House colleagues have expressed concern about the impeachment inquiry.

“There is some discussion among some of them, quietly, privately, of concern, certainly,” he said.

Van Drew said that he would probably vote “no” if the House votes to impeach Trump but said he’s not sure how other members of Congress will vote.

Three witnesses testified in public last week, primarily conveying secondhand or even thirdhand information about the actions of Trump relating to Ukraine. Democrats argue that Trump effectively committed “bribery” by reviewing military aid approved by Congress as he requested Ukraine look into former Vice President Joe Biden and his son Hunter Biden as well as Ukrainian efforts to interfere in the 2016 election.

Ukrainian officials and U.S. State Department personnel have said Ukraine wasn’t aware the aid was put on hold for a review, undercutting the claim.

Gordon Sondland, the U.S. ambassador to the European Union, was scheduled to answer questions on Nov. 20, followed by Laura Cooper, a deputy assistant secretary at the Defense Department, and David Hale, the undersecretary of state for political affairs at the State Department.

Fiona Hill, a former Russia expert on the National Security Council, is scheduled to speak on Nov. 21.