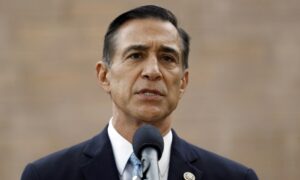 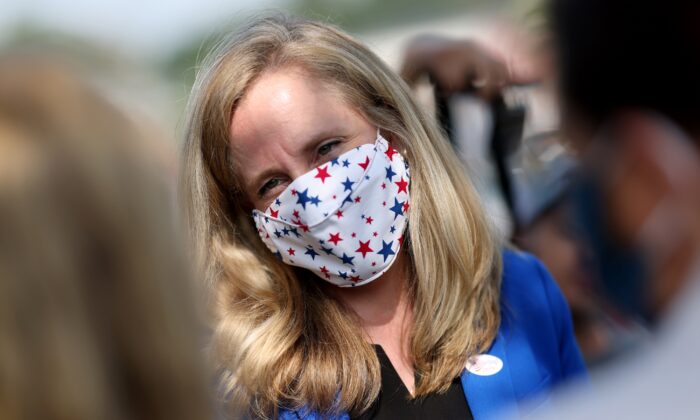 Rep. Abigail Spanberger (D-Va.), a Democrat who recently criticized her party’s campaign focus on socialism and defunding the police, is projected to have narrowly won her reelection race for the House of Representatives.

Spanberger, 41, claimed victory on election night in the 7th Congressional District, which includes most of the northern suburbs of Richmond as well as some territory around Fredericksburg.

Spanberger had a lead of about 8,200 votes as of Nov. 9, with all in-person ballots counted, according to unofficial results from Virginia officials. Spanberger has received 230,995 votes, to the 222,740 cast for Nick Freitas, 41, a veteran and state lawmaker who won the Republican nomination for the seat.

“It has been the honor of my life to serve our community in Congress, to represent the people in our 10 counties. And I thank you all for putting your trust in me again, and reelecting me for another two years,” she said in a virtual press conference at the time.

The former CIA officer said she worked in her first term on issues including lowering the cost of prescription drugs, protecting Americans from foreign hacking, and “smartly securing our border.”

Freitas’s campaign didn’t respond to a request by The Epoch Times for comment.

“We need to not ever use the word ‘socialist’ or ‘socialism’ ever again,” she said on a call that was leaked to the press, adding that “we lost good members because of that.”

The left wing of the party includes a number of self-described socialists such as Reps. Alexandria Ocasio-Cortez (D-N.Y.) and Rashida Tlaib (D-Mich.).

Democrats overall fared worse in the Nov. 3 election than polls and pollsters indicated they would.

Republicans have flipped eight House seats so far and will have a record number of women in the caucus in the coming Congress. Democrats flipped three seats, based on current projections.

Twenty-three seats haven’t yet been called.