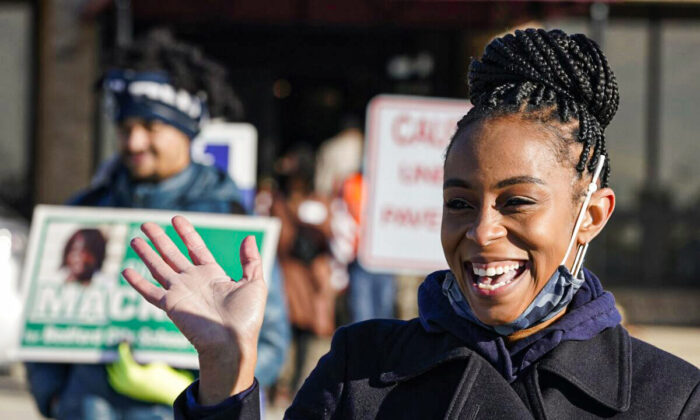 Shontel Brown won a seat in Congress, according to projections from a special election in Ohio.

Fudge is the secretary of housing and urban development.

Both Carey and Brown will hold their seats for about 13 months unless they win reelection in the 2022 midterms. The separate wins mean Democrats won’t see their slim majority in the House of Representatives weakened.

Brown reacted to the apparent win on Twitter, posting a photograph that says, “Thank you, OH-11!”

“We have problems in #OH11 & I will not be the leader to bring solutions as your Congresswoman,” she wrote on social media.

Brown received support from Biden and Rep. Jim Clyburn (D-S.C.), the third-ranking Democrat in the House.

She also promised to try to combat shootings, with plans including requiring universal background checks for all gun sales and banning sales to anyone convicted of a hate crime or domestic violence.