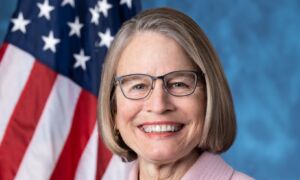 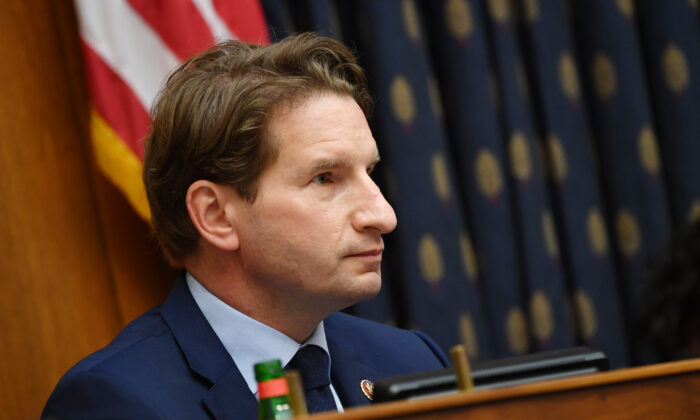 “Losing a House election by six votes is painful for Democrats,” Phillips wrote in a tweet.

“But overturning it in the House would be even more painful for America,” added Phillips, who sits on the House Ethics Committee and is a member of the bipartisan Problem Solvers Caucus.

The race in question was in Iowa’s 2nd Congressional District, in which Republican Mariannette Miller-Meeks was certified the winner by Iowa officials and was seated in January.

Democrats on a House panel are pursuing an investigation of the election and holding open the possibility of reversing the results, even after criticizing similar efforts by former President Donald Trump and his lawyers.

“It was six votes, and our candidate Rita Hart, the Democratic candidate, asked for this process to begin,” House Speaker Nancy Pelosi (D-Calif.) said in a recent television interview.

She has also said that the scenario of the House declaring Hart the winner and unseating Miller-Meeks could happen.

Hart skipped trying to present her case in Iowa courts and instead went to Congress, Miller-Meeks noted.

Hart’s lawyers filed a notice of contest on Dec. 22, 2020. She alleges 22 ballots were wrongfully excluded by state and county election officials.

“As a result of these errors, the State Board of Canvassers certified as the winner the candidate who received fewer lawful votes,” the notice stated, “depriving Contestant Hart of the certification to which she was entitled.”

Republicans alerted Lofgren to the alleged conflict of interest on March 19, writing that “Mr. Elias simultaneously represents Members of the Committee, the triers of fact and law, and parties to these contests, an arrangement clearly prohibited by attorney ethics rules and obligations.”

Elias represented Democrats and Democratic plaintiffs in election-related cases across the country before and after the 2020 election. He’s known in some circles for his work for 2016 Democrat presidential nominee Hillary Clinton, whose campaign paid for the opposition research firm he hired, Fusion GPS.

Fusion GPS produced the discredited Steele dossier containing multiple false allegations against former President Donald Trump that was at the center of the Russiagate scandal.

Lofgren’s office didn’t respond to a request for comment.