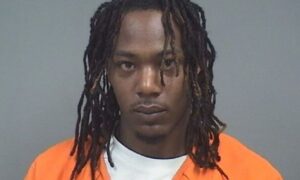 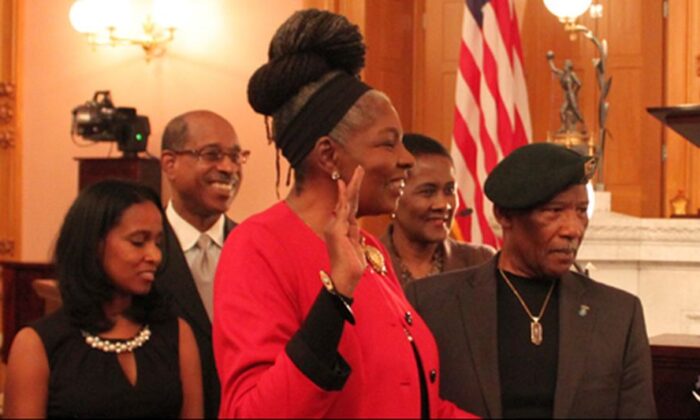 “Not only am I black, I am a proud American and delighted to endorse President Trump for reelection,” state Rep. Bernadine Kennedy Kent said in a statement this week. “Furthermore, I am honored to share with people my intent to vote for him and spread the word on the value of his leadership and his dedication to the American people.”

She also referred to a comment that Biden had made to a radio host: “If you’re still deciding between me and Trump, then you ain’t black.”

Kennedy Kent, in another statement, said that her husband, who also is a Democrat, will support Trump.

“Under President Trump’s leadership, black Americans have experienced record unemployment and the poverty rate among the black community has fallen to its lowest level in U.S. history,” she stated.

According to the Cincinnati Enquirer, Kennedy Kent and her husband, James Whitaker, met with Trump on Air Force One in Cleveland ahead of his debate with Biden.

She was kicked out of the Ohio House Democratic caucus in 2018 and hasn’t been to the Ohio Statehouse since May 2019, the Columbus Dispatch reported.

Ohio Democratic Party Chairman David Pepper told the Enquirer that “she basically hasn’t been involved with the party or her Statehouse job for a long time,” indicating that her stance on Trump isn’t commonplace among Ohio Democrats. “This is the first I’ve heard of her in a while. Obviously, she checked out of her public position a long time ago.”

Kennedy Kent, who isn’t seeking reelection, said that state Democrats engaged in “muddied mistreatment and unlawful action” that drove her away.

“Following my traumatic experience on May 22nd caught on Statehouse security video, my husband proclaimed his intent to vote for President Trump and walked away from the Democrat Party,” she said, according to the Enquirer. “After considering this scarring event, as well as other negative experiences in my legislative career, I, along with other citizens, came to the conclusion that the Democrat Party does not have the people’s best interest in mind.”

She was voted out of the House Democratic Caucus after allegedly sending a letter with official Ohio Legislative Black Caucus letterhead without permission, according to the Enquirer.