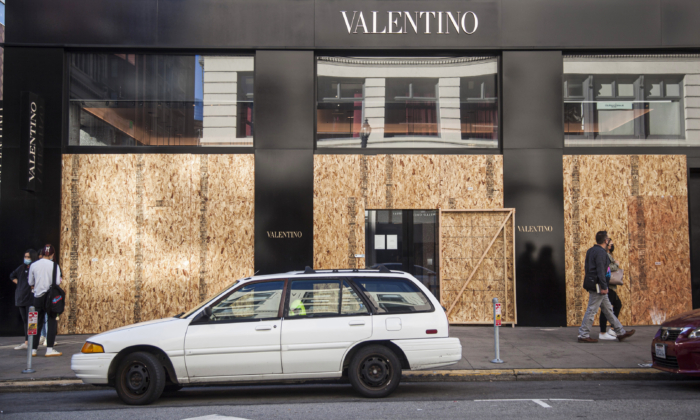 SACRAMENTO—The effort to lower California’s threshold for felony theft from $950 to $400 failed in an Assembly Public Safety Committee hearing on March 22.

Assemblyman Rudy Salas (D-Bakersfield) brought forward Assembly Bill (AB) 1603 in January to reduce the threshold for felony theft from $950 back to $400, which was the law in California before Proposition (Prop.) 47 was passed in 2014.

The failed legislation comes as retailers have seen an increase crime, according to Salas.

“California prosecutors state the number of thefts are likely underreported as business owners are discouraged from filing reports since a penalty against criminals has been reduced to a misdemeanor,” Salas said at the March 22 hearing.

While some argue the $950 threshold has not contributed to the increase in theft, Salas said that business owners have claimed that they didn’t see theft as an issue until Prop. 47 passed.

“Let’s go back to what it was prior and hopefully that helps alleviate the situation,” Salas said.

Many spoke in support of AB 1603, including store owners who have experienced the worst of thefts in the recent months as smash and grabs have been on the rise.

“I have been working [in] my store since I was 16 years old with my family, and we’ve never seen what we have today,” Countryside Market & Restaurants Chief Operating Officer Raji Brar said. “Every single day at our stores we have people who run in, grab items, and leave … this is happening all across the board up and down the valley.”

He warned that if passed, state prison populations may increase and the “black and brown communities” would especially be impacted.

“You really have to be concerned about the number of people that law enforcement will go after to fill the prisons,” he said. “That is not the solution.”

The bill failed to pass the committee just weeks after the committee declined to move forward with a bill proposed by Assemblyman Kevin Kiley (R-Rocklin)—AB 1599—to repeal Proposition 47.