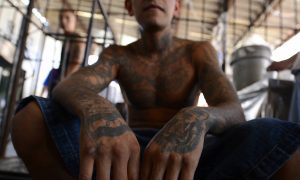 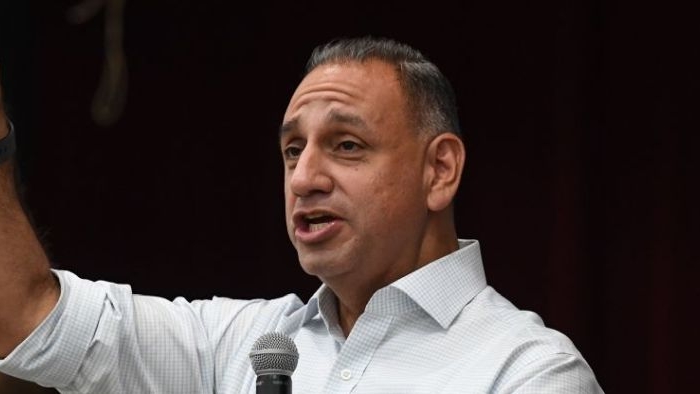 Democratic Party candidate Gil Cisneros campaigns for the United States House of Representatives to represent California's 39th congressional district during the 2018 midterm elections, in Buena Park, Calif., on Nov. 5, 2018. - Cisneros who is competing against Republican Young Kim, is a well known philanthropist who served in the Navy for 11 years before winning a Mega Millions lottery jackpot worth $266 million. (Mark Ralston/AFP)
US News

Cisneros, a former Navy officer, will now represent the 39th Congressional District of California. He’s set to replace Republican Rep. Ed Royce, who is retiring after more than 25 years as a congressman.

Kim, who is Korean-American, conceded to her opponent on Sunday, Nov. 18, issuing a statement on the matter.

“This evening, I called Gil Cisneros to congratulate him and offer him my best wishes in Congress. I’m grateful that voters allowed me to share my vision and I believe that the competitive nature of this election shows that my message and service to this community resonated. I owe my deepest thanks to my family that supported me, the supporters that worked tirelessly to propel our campaign, and all the voters that believed in our vision for the future,” she wrote over the weekend.

Kim, who could have become the first Korean-American elected to the U.S. House of Representatives, added that the district “is my home and I remain committed to finding ways to work with others to improve the lives of the people of this district. Both sides worked hard in this campaign, but now it’s time to come together and find solutions and opportunities that move our community and country forward.”

The Associated Press declared Cisneros the victor of the race before Kim conceded.

Cisneros was the winner of the $226 million Mega Millions lottery jackpot in 2010. After that, he and his wife became philanthropists, according to local news reports.

“My hand was shaking the phone, I went to hang up the phone and I was shaking, and my legs felt like they were going to buckle,” said Cisneros’s wife in 2010 of winning the lottery. He then added, “Right now we’re probably too tired for our feet to leave the ground,” the San Diego Union-Tribune reported at the time.

CNBC reported that he spent about $9.7 million in the race against Kim, including about $8 million of his own money. Kim only spent around $1.9 million.

In the midterm elections, Democrats picked up 38 seats in the House of Representatives, reclaiming it from the GOP. They only needed 25 seats. However, the U.S. Senate is still slated to be in the hands of the Republicans when the new senators are sworn in next year.

As NPR reported, Nelson trails Scott by more than 12,000 votes and last week’s machine recount widened Scott’s margin of victory in the race.

“It’s done. But it was done before today. This was a total Hail Mary,” said a top Democrat in Nelson’s campaign on Friday, Politico reported. Nelson also apparently gave a “thank you” speech to his staff on Friday and “it was more of a goodbye,” said another Democratic official in the report

“Once again, the courts have denied Bill Nelson’s desperate attempt to change Florida law after the election. It’s long past time for Bill Nelson to face the facts: this charade is over, Floridians’ votes have been counted multiple times, and Rick Scott is the next senator from Florida,” said Chris Hartline, Scott’s campaign representative, to Politico.