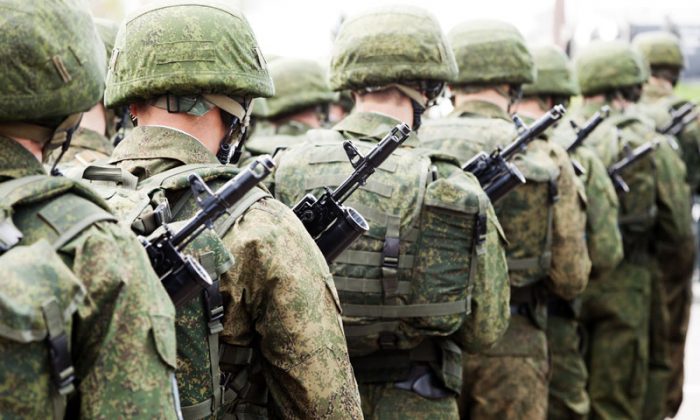 Democracy, War, and the Myth of the Neutral State. (Shutterstock*)
Opinion

Democracy, War, and the Myth of the Neutral State

Edtor’s Note: This is a selection from “The Problem of Security: Historicity of the State and ‘European Realism’” found in the collection The Myth of National Defense edited by Hans-Hermann Hoppe.

The constitutionalist claim to justify the State’s monopoly of violence has been challenged directly by the radical libertarian tradition (Molinari) and by individualist anarchists (such as Lysander Spooner). However, an important role in bringing the modern State into perspective has also been played by European political realism and, in particular, by Carl Schmitt and the Italian elitist scholars (Gaetano Mosca and Vilfredo Pareto).

Schmitt’s importance rests very much on his intuition that in every State there is first a political dimension and then a decision, which cannot be obscured by the so-called “impersonality” of law and the “super-individuality” of orders. Beyond the apparent abstraction of the State (as described by Hans Kelsen and other positivists), Schmitt uncovered choices, interests, and, in short, people that impose their will on others.[1]

The constitutional thought of classical and contemporary liberalism has constantly tried to neutralize politics, but it has failed. In Schmitt’s opinion, the real sovereign is the political group that has the final decision about the critical situation, in the state of emergency.[2] The locus of sovereignty thus becomes the political entity (which in our time is the State), and the decision on the state of emergency is the ultimate test of sovereignty. Legal positivism tried hard to refute the importance of this notion, but critical decision making is paramount in the development of human relations.

Therefore, the “liberal” neutralization of politics sought by classical constitutionalism is simply impossible. When the State — every State — is recognized as a structure of decisions and an instrument of domination wielded by some rulers, political modernity displays itself with no clothes and one can understand the illegitimacy, as well the irrationality, of the monopoly of protection. There is nothing “neutral” or “innocent” in the power of a group of men that Italian elitists called the ruling class.

Hobbes was wrong (as a philosopher) when he asserted that law comes from authority. However, we can agree with political scientists using Hobbesian theory that State decisions are the result of conflicts of interests and opposing views. In statist societies, where the law is controlled by a monopolistic institution, it is force that dictates law.

This is especially true in democratic countries, where social life is marked by the competition for the control of the political “center,” i.e., the power to distribute resources, favors, and privileges. Schmitt’s critique of the hypocrisy of liberal democracy is confirmed by the Italian elitists. The latter were convinced that in every political system there is a small group of men (an organized elite) dominating the large disorganized mass.

As Pareto noted, “the corruption of the parliamentary system meant that the interests of the majority were seconded to the interests and passions of a small and highly organized group. These were ready to use any means to extend their influence and dominate the country.”[3]

“For this reason, democracy exists only as a political ideology devoted to protecting and legitimating the power of a minority capable of taking advantage of its higher organization.[4]”

Bruno Leoni adopted political realism (and the lessons of the Italian elitists) in his critique of majoritarian democracy. In his opinion, eliminating all group decisions taken by aggressive coalitions, “would mean terminating once and for all the sort of legal warfare that sets group against group in contemporary society because of the perpetual attempt of their respective members to constrain, to their own benefit, other members of the community to accept misproductive actions and treatment.”[5]

In juridical and political philosophy, the hypothesis of a neutral State is often supported by the suggestion that this political institution is eternal. However, European political realism refused this arbitrary identification between State and politics. Social orientations generally support contemporary democracy, defining all forms of juridical organization as part of the all encompassing category “State.” A major contribution of Schmitt, as we noted, is his placing the State in historical context, i.e., modernity. For all these reasons, “European realism” has contributed to uncovering the fabrications of constitutionalism, the conceptual frauds of democracy and the fallacious idea that State is an institutional reality as old as mankind. To be sure, Schmitt was the most theoretically sound expounder of the crisis of the State, but he did not identify a solution.

Another protagonist of “European realism,” the Lombard scholar Gianfranco Miglio, tried to go beyond Schmitt. In some of his works, he has explained the crisis of the Soviet state model. This was the downfall of the modern political system that showed the greatest confidence in the rationality of orders imposed with violence. Given that the Soviet Union has broken up, Miglio asserted, the other State systems (especially the ones governed by democratic parliaments) would suffer growing criticism and dissent, and might also collapse in the near future.

The State is declining also because of its internal contradictions. In its attempt to appear as a nonaggressive provider of individual rights, the State has created a deceitful contractualism, which is continually sapping its existence. From a theoretical point of view, as Miglio observed, “the modern State is a construction entirely based on the contract. It has extended into the non-political area of “private life.” Therefore, the State is historically a complex of services and provisions, a gigantic entity of contractual relationships.”[6]

In fact, in spite of its ideological self-representation, the democratic State is an illustration of violence and monopoly unparalleled in human history. It exists because it is the only institution authorized to use force in a given territory. However, the notion of political obligation has lost vigor and consistency, while economy and communications are growing together with the rationality of free exchange, free markets, and free discussions.
____________________

Carlo Lottieri is an Italian political philosopher with the University of Siena and Istituto Bruno Leoni whose main interests are in contemporary libertarian thought. Most recently he edited an anthology of writings by Bruno Leoni, “Law, Liberty, and the Competitive Market” (New Brunswick, N.J.: Transaction, 2009).

Luigi Marco Bassani is professor of history of political theory at the University of Milan.

*Image of “army parade” via Shutterstock