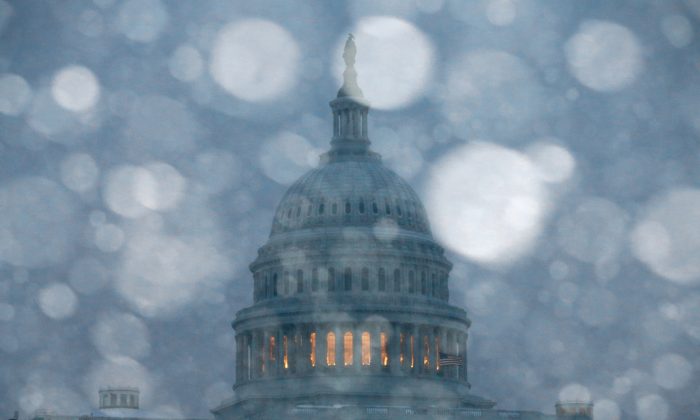 With talk of democracy in crisis plentiful, especially in Europe, a smart assessment of how well democracies have fared during past crises is badly needed. This is what David Runciman’s “The Confidence Trap” offers—with decidedly mixed results. Runciman is a good writer and a brave pioneer. Little has been published on the subject and (as I realized when attempting something similar in “The Life and Death of Democracy”) it’s no easy task to compare large numbers of cases from different time periods and come up with a convincing picture of why democracies succeed or fail.

The picture he sketches is agreeably bold: during the past century, from Woodrow Wilson’s failure to promote democracy after the first world war to the near-collapse of the banking system in 2008, democracies have been littered with confusion, foolish brinkmanship, and delayed bounce-back. They’re poor at anticipating crises; they take forever to read writings on the wall; they’re easily distracted by frivolous media events and fake crises; and they are sedated by their track record of success (that’s the confidence trap).

Burdened by “elections and fickle public opinion and constitutional proprieties,” democracies typically lack a sense of urgency or proportion. They muddle their way into crises triggered by such anti-democratic forces as war and market failure. Then they twiddle their thumbs, usually for so long that finally they’re forced to spring into action. The picture of democracies during crisis periods “is not pretty, and it creates a pervasive feeling of disappointment.”

Having It Both Ways

Muddling through is indeed what democracies do best, but what’s striking is the way Runciman puts two bob (British currency) each way on democracy. The resilience of democracies in handling crises leads him to question the “perennial democratic appetite to hear the worst of itself.” In sticky situations, democracies typically outperform “autocracies” (their handling of emergencies is left largely undiscussed, which is a fat flaw in the whole argument). Yet democracies, he says, are crippled by their habit of procrastination, and for that they earn his rebuke. “Democracies survive their mistakes,” he writes. “So the mistakes keep coming.”

Runciman is a reluctant democrat whose Law of Dithering Democracy (let’s call it) has roots deeper than the handful of carefully chosen historical examples he uses to support his case. It’s telling that flesh-and-blood citizens, social movements, power-monitoring bodies, and other forces of civil society go missing in this book. Their democratic “appetite for exposure and confrontation” is dismissed as “adolescent churlishness.”

Harsh words, but they help to explain why Runciman thinks crises are best handled by prudent political elites gripped by no-nonsense gravitas and a willingness to act swiftly and decisively. It’s Max Weber’s old-fashioned elitist view of politics, and it’s why Runciman, an Old Etonian, admires leaders who command respect by their actions: political animals strong on “restraint, discipline, and coordinated action;” canny characters with razor-sharp wits; commanders who are cucumber-cool under pressure, who know how to spot a crisis and aren’t shy of banging heads and stepping on people to survive the moment of reckoning.

None of this (look at the cases of Xi Jinping or Abdel Fattah el-Sissi) has much to do with democracy, but it’s why Runciman’s secret attachment to elite politics feeds his general reticence about democracy, understood as the public scrutiny and chastening of arrogant power. It’s also why he ignores the coming of monitory forms of democracy. Since 1945, many people have come to think, for good reasons, that democracies should not indulge strong-armed leaders, even when they’ve been elected by a majority of voters.

New early-warning devices for detecting and democratically handling crisis situations (from Greenpeace and WikiLeaks to the Saskatchewan Emergency Planning Act) are now firmly on the political agenda. In this book, unfortunately, they don’t rate a mention. Runciman ignores the major paradigm change that’s going on in the real world of democracy. As the range and number of potential global catastrophes grow, we see the coming of many new democratic mechanisms that are our best hope of equitably handling future crises.

Hope isn’t among Runciman’s favorite words. Buried in his lines is an odd metaphysics: the belief, traceable to the ancient Greek historian Polybius, that decline and decay are intrinsic to political life. It’s no accident that Runciman never defines what exactly he means by the word “progress,” even though it’s used constantly to measure the performance of democracies under pressure.

“The ongoing success of democracy creates the conditions for repeated failures, just as repeated failures are a precondition for its ongoing success.” It’s Samuel Beckett—”Try again. Fail again. Fail better”—minus the gallows humor. The curse of the human condition, or so Runciman thinks, is that nothing ever remains the same or gets better. The enfranchisement of women and the defeat of apartheid (say) are gains that seem to him uninteresting. They’re trumped by the imperious way the unexpected pokes its nose into settled ways of doing things. This sometimes triggers crises whose resolution prepares the way for the next surprise, and the next crisis.

The metaphysics here gets in the way of a much richer, more convincing treatment of democracy and crisis. Democracy is never properly defined. It’s the same for the originally Greek term crisis, today much overused and still burdened with connotations of salvation or damnation. Crises are presumed to have a self-evident quality. They never do; their definition and unfolding are always a political matter. The fact that democracies are sometimes slow off the mark when faced with political difficulties is attributed to the “spirit” of democracy itself; forces such as organized lobbying, threats of capital disinvestment, and big-money advertising play no systematic role in Runciman’s explanation.

The publisher meanwhile trumpets this book as a “global” history, but it’s no such thing. It’s principally about the United States, the third democratic empire in the history of democracy (Athens and revolutionary France came before). The special constraints posed by its imperial status, even its performance when intervening in far-distant humanitarian crises, are passed over in silence.

Striking, too, is the book’s neglect of a large crop of democracies (Weimar Germany, Poland, and Czechoslovakia, for instance) that committed democide during the fateful 1920s and 1930s. How come these democracies didn’t muddle through successfully? Runciman doesn’t say. The book is equally neglectful of cases—Indonesia springs to mind—where democracy was born, and succeeded, because it was the only way of resolving a deep-seated crisis. The list of missing items is long, which goes to show in these darkening times how badly we still need a good book on democracy and crisis.

John Keane is a professor of politics at University of Sydney in Australia. This article was originally published on The Conversation.