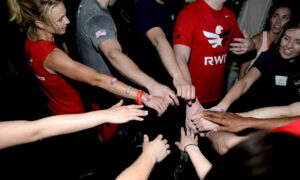 America Essay Contest: A Leader and Innovator, Land of the Free and Home of the Brave
0
Share Now
TelegramFacebookTweetEmailTellMeWeReddit
Copy Link 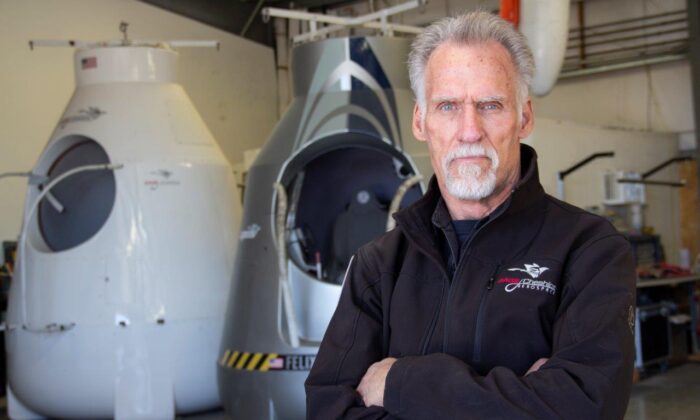 Art Thompson, CEO of Sage Cheshire and president of A2ZFX, stands in front of two model capsules he built for Red Bull Stratos, in a file photo. (Linda KC Reynolds)
US News

Americans being allowed to freely exchange different viewpoints is what drives the spirit of innovation and pushing the limits of human accomplishment, according to Art Thompson, president of Sage Cheshire Aerospace.

Thompson, who designed the space capsule for the Red Bull Stratos Space Jump, told The Epoch Times’ “Crossroads” program that a large part of the reason why countries such as China rely so heavily on intellectual property theft may be the ideas generated as a byproduct of America’s democracy and freedom that allow Americans to think creatively “outside of the box.”

“That kind of thinking in the United States, of creative thinking, of thinking outside of the box, not being pigeonholed into a particular structure, I think is what really makes America. It’s the democracy, it’s freedom. We aren’t stuck in this slot,” Thompson said.

Some of this, Thompson said, stems from childhood, education, the American Dream, removing boundaries, and the mindset that “you can be anybody.”

“It’s an example of the American Dream that if you understand that there are no boundaries, you can become anything, it doesn’t matter,” he said.

“It’s a mindset of not been pigeon toed into a particular place in society. It doesn’t matter in America, as opposed to many other countries that are socially set in in layers. You know, you’re born into this layer, you’re going to stay in this layer, you’re given this position, you’re going to get paid that position forever, because you’re part of the the the monarchy in that government structure,” Thompson explained.

“And the United States, you can be anybody—you can be the lowest level person and become the president, if you really wanted to, you can work your way up through the ranks to be anything,” he added. “And so kids … if you get them to understand that anything is possible, now, mentally, socially, their thought patterns are open, and they never would comprehend the fact that there is a limit to what they can accomplish.”

Thomspon cited the success of designing the space capsule for the Red Bull Stratos Space Jump as an example of the removal of barriers paving the way for innovation.

“If I would have believed any one of the 100 things that they told me couldn’t happen, it never would have happened. But you have to go beyond that. Don’t take no as the answer. Figure out what the solution is. One of my sayings is, don’t give me excuses, give me solutions. Because there’s always a way to figure out how to make things work.”

In contrast, socialist and communist societies eliminate creative thought by attempting to eliminate failure or the possibility of failure, Thompson said, noting that this in essence does the opposite of what it’s trying to promote.

“In some of the Soviet or Chinese or communist countries, they’re so conformed with a process thinking that they stagnate the creative side of your brain.”

“It’s so much easier to plagiarize somebody’s idea to get a baseline concept,” Thomspon said, referring to the Chinese Communist Party’s plans to to steal foreign intellectual property and advanced technology by poaching experts from overseas.

He added, “You know, if you’re in a society that’s not used to creative thinking … if you’re in a structured kind of society, where they’ve taken away kind of the the free thought process, you’re channeled into doing things a particular way.”