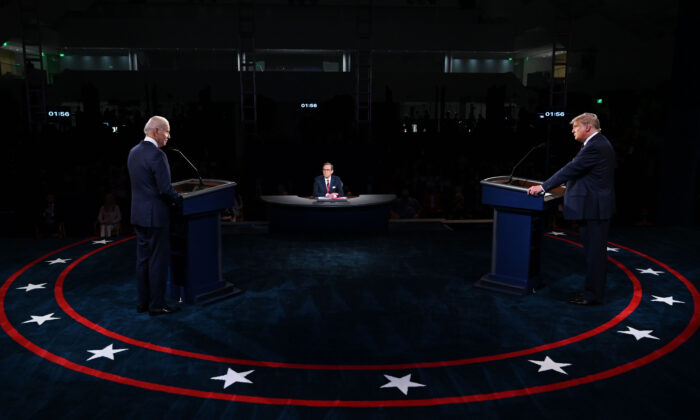 Accelerating cultural mutations in the West are casting troubling shadows over the future of consensual democracy.

Tragically, the more social and economic decline incurred by the middle and working classes, the less interest there is in openly debating the merits of progressive government policies.

The Value of Opposition

Adversarial debate, in both legislative bodies and the public square, was once considered a foundational principle of democracy.

A willingness to engage in ordered discourse led citizens to consider different points of view and arrive at well-informed conclusions.

The main role of a political opposition was to question the government of the day and hold it accountable to the public.

This permitted a ruling party to correct policy courses taken in the heat of exceptional circumstances.

The term “loyal opposition” allowed minority parties to oppose those in power while remaining faithful to the constitutional legitimacy of a sitting government.

The opposition was considered equally responsible for upholding the best interests of the people and not pursuing debate entirely for political gain.

A Combination of Loyalty and Opposition

As Michael Ignatieff, a former opposition leader in the Canadian House of Commons, said in a 2012 address at Stanford University:

“The opposition performs an adversarial function critical to democracy itself. And governments have no business questioning the loyalty of those who oppose them.”

This combination of loyalty to the nation with the duty to question the incumbent government is intended to make room for alternative policy development and peaceful transitions of power. The concept of a loyal opposition permits the informed dissent necessary for a democracy to function.

A decade ago, Ignatieff spoke as a Liberal, but recent trends are leading our body politic in another direction.

Today, what Ignatieff called “an adversarial function critical to democracy itself” is rapidly being replaced by what Polish political scholar Ryszard Legutko has called “totalitarian temptations in free societies.”

In the United States and Canada, we are returning to the pre-democratic notion that there can be only one “King’s Party” and to oppose it is an act of treason.

The Art of Debate

For political debates to be productive, effective ground rules have to be established.

In an 1858 campaign for an Illinois congressional seat, a series of debates were arranged between the incumbent Stephen A. Douglas and his challenger Abraham Lincoln.

In each of seven debates, one candidate would start by giving an hour-long speech. The other would follow with an hour-and-a-half speech. The first was then given 30 minutes of rebuttal time. As the incumbent, Douglas was permitted to go first four times.

The topic chosen by the candidates was pivotal for the future of the nation. Lincoln argued against the spread of slavery, while Douglas maintained that each territory should have the right to decide whether it would become free or allow slavery.

Although Lincoln lost this election, the debates gave his case national prominence, which eventually led to his election as president, followed by a civil war, and the 1863 Emancipation Proclamation that ended slavery in America.

Lincoln–Douglas-style debating survived as a one-on-one contest practiced to this day in American high schools. It’s sometimes also called a values debate, because the format generally places an emphasis on the logic, ethical values, and philosophy of the individual debaters.

Fast-forward to the second decade of the 21st century, where any semblance of logic, value, philosophy, or fairness appears to have been scrubbed from the practice of debating.

If the purpose of a debate is to inform voters, our contemporary formats have been designed to fail.

For example, the Commission on Presidential Debates, which organized the 2020 contests in the United States, boasted a “bipartisan” mix of Republicans and Democrats. A Daily Caller News Foundation review found that most were longstanding members of the political establishment who were generally critical of President Donald Trump.

Debate commissioners and media referees control the format of the debates and the topics to be discussed.

Chris Wallace of Fox News, who adjudicated the opening presidential debate in 2020, began the event with the following declaration: “The Commission has designed the format, six roughly 15 minute segments with two minute answers from each candidate to the first question, then open discussion for the rest of each segment.”

He then added, “For the record, I decided the topics and the questions in each topic.”

So, the format was designed by a “commission” unfriendly to Trump, while the topics and questions were assembled by a media host with a reputation for being equally contemptuous of the president.

A Candidate and a Journalist Gun for a President

What transpired that night is history. Readers can judge for themselves by accessing the transcript of the debate at Rev.com.

The evening opened with aggressive questioning about the president’s decision to name a new Supreme Court justice during an election year.

Wallace began a discussion about the pandemic by asking the president why the American people should trust him with public health after there had been 200,000 deaths attributed to the virus. Joe Biden said Trump had no plan for dealing with COVID-19 and suggested that no one should trust a “Trump vaccine.”

What was supposed to be a discussion about the economy quickly pivoted to specious allegations about Trump’s tax returns.

Biden was given an opening to blame job losses on Trump rather than the pandemic.

“You’re the worst president America has ever had. Come on,” shouted the challenger.

On the topic of race relations, Wallace asked why federal agencies had been directed to end “racial sensitivity training” that addresses “white privilege” or critical race theory.

“I ended it because it’s racist,” said Trump. “A radical revolution that was taking place in our military,” the president added.

Wallace shot back, “What is radical about racial sensitivity training?”

Ultimately, the debate moderator assumed the role of prosecutor, and it was abundantly clear which candidate was on the docket. Trump was accused of being a science denier, a racist, and a proponent of right-wing violence. Biden’s assertion that “Antifa is an idea, not an organization” went unexamined.

The final topic “election integrity” was clearly intended to assert the position that the Trump campaign had no right to challenge mail-in election results, no matter how corrupted the final vote might appear to be.

The Need to Restore Substance Over Circus

In America today, the value of free and open debate is deliberately discounted. Even parents expressing objections to controversial education policies at local school board meetings have been portrayed as domestic terrorists by the U.S. Department of Justice.

In a functional democracy, candidates for high office have an obligation to clearly and coherently present a vision for the nation, principles to be respected, challenges to be faced, plans to be developed, and past mistakes to be overcome.

These obligations can’t be fulfilled in two-minute responses to tendentious questions followed up on by hectoring journalists with their own partisan dogs in the fight.

Responsible citizens don’t tune in to important political debates to watch a media circus. Voters require a full account of the issues from the candidates themselves.

Unlike the mid-19th century debates that led to the abolition of slavery and a better path for America, 21st century TV events have become a triumph of confusion over clarity—deception over discovery—and style over substance.

The Debate That Matters

The woke imperative to prepare minds for a new cultural status quo has replaced the idea that free and open debate produces better policy options and superior leadership.

The principle of tolerance toward peaceful political opposition is in danger of extinction. Half of America seeks to silence the other.

Much like the procedures we depend on to arrive at just decisions in courts of law, democracy demands orderly debate in the public square.

Candidates should be given sufficient time and freedom to put an uninterrupted case before the people. There’s plenty of time for carping and raising questions after a formal debate has been fairly concluded.

Today, the debate that matters is between those who seek to return to America’s founding principles and the neo-Marxist social justice warriors who presently set the tone in the nation’s formative institutions.

For the survival of the American republic, a second look at the Lincoln–Douglas format might well be worth considering.