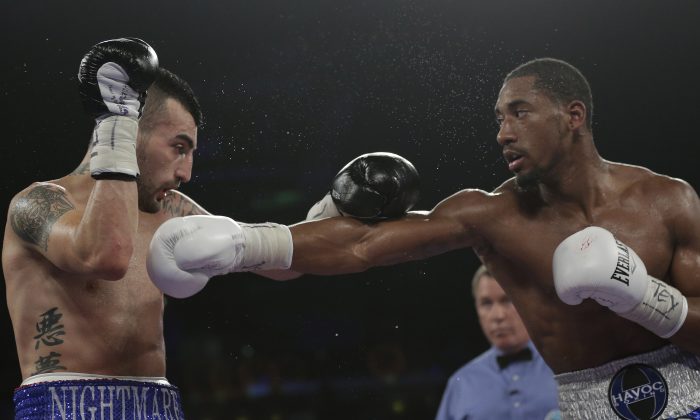 The fight will be at Barclays Center in the Brooklyn borough of New York City.

The pay-per-view will be available via HBO.

A live stream will be available through the PPV.

“I’m going to whip his ass. He’s getting knocked out. Fans are going to see why none of the top guys in my division want to fight me. I’m taking over!”

Rose, though, thinks that he’s got a chance.

“Out of all of them, Andrade is the weakest of the World champions at light middleweight – but he is a world champion,” Rose said on Friday.

“I have a chance in this fight and I haven’t come over here to get beat and just make up the numbers. I’m here to take the chance that I have earned and I am positive that I am going to come home with a world title. I am going to enjoy the experience of course, how could I not? I am fighting in New York for a world title, this is the big time, it’s an amazing venue and I’ve never boxed somewhere as brilliant as this.”