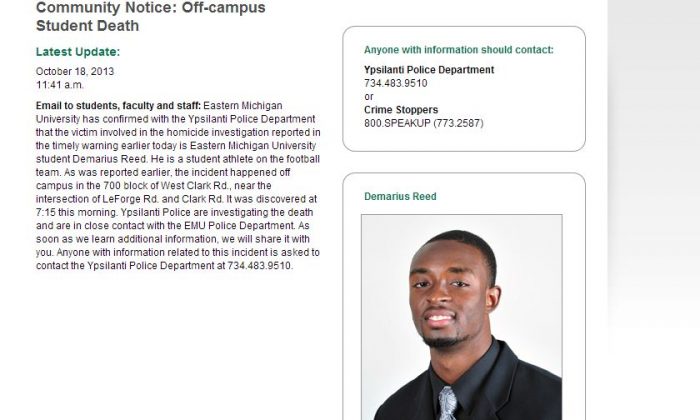 Demarius Reed, an Eastern Michigan University football wide receiver and student, was found dead on Friday morning in his off-campus apartment in Ypsilanti, according to reports. The school says that he was likely killed as police have opened a homicide investigation in regards to his death.

The school’s website lists Reed as a wide receiver.

Police are carrying out a homicide investigation into the matter, which took place at his apartment on in the 700 block of West Clark Rd., near the intersection of LeForge Rd. and Clark Rd.

“Ypsilanti Police are investigating the death and are in close contact with the EMU Police Department. As soon as we learn additional information, we will share it with you,” the school’s website reads.

The school said that Reed was from Chicago.

Police have not yet named any suspects.