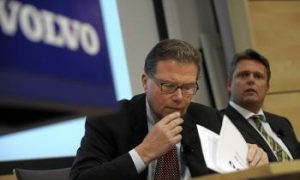 Sweden Approves Loan Guarantees to Volvo but Not Saab
0 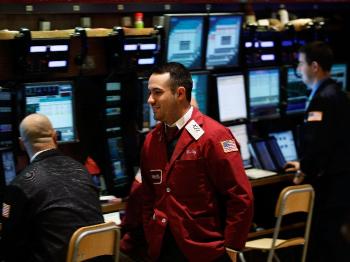 STOCKS SOARING: A view of the New York Stock Exchange floor is seen on Wednesday, Jan. 26. Demand Media's initial public offering on Wednesday was successful as the company's stock jumped more than 33 percent on the day of its IPO. (Chris Hondros/Getty Images )
Business

By Antonio Perez
Print
NEW YORK—Internet media content company Demand Media Inc.’s initial public offering (IPO) on Wednesday was somewhat eye-opening to market watchers, and not just because of its colorful sign outside of the New York Stock Exchange this week.

The Internet company saw its stock jump more than 33 percent on the first day of trading, soaring past the market capitalization of $1.4 billion at which its IPO priced the company. That makes Demand Media the biggest venture capital-backed IPO in more than three years.

Some analysts, out of the gate, have questioned the long-term sustainability of Demand Media, which has not made positive earnings.

Demand Media’s servers scour the Internet for the latest search terms, and it instructs the 13,000-strong freelance bloggers and video-bloggers to construct articles, videos, and how-to’s about those topics. In fact, it churns out thousands of articles and videos per day.

Most users have likely stumbled upon content by Demand Media posted on YouTube, blogs, or e-How more than once. In fact, last December the company generated 67.3 million unique visitors, according to data from comScore, an Internet marketing research firm.

The Santa Monica, Calif.-based Demand Media generates revenues by having visitors click on advertisements, as well as selling ads with high impressions.

Critics decry Demand Media’s content, calling it of poor-quality, for the sole purpose of generating hits by attempting to place its search results high on Google’s list, and increasing ad impressions.

But recently, search giant Google Inc. has signaled an initiative to refine its search relevance and quality, by cracking down on websites that attempt to artificially garner higher search rankings, just a few days prior to Demand’s IPO.

Google will look into websites that "cheat their way into higher positions in search results or otherwise violate search engine quality guidelines," according to Google Principal Engineer Matt Cutts on the company’s official blog.

But Demand Media doesn’t think Google is targeting it, and believes that it shouldn’t be classified as a content farm.

"[Cutts is] talking about duplicate, nonoriginal content. Every single piece of ours is original. Written by somebody. And I understand how that could confuse some people," Demand Media CEO Richard Rosenblatt said in an interview with All Things Digital.

"It’s just insulting to our writers. We don’t want our writers to feel like they’re part of a ‘content farm."