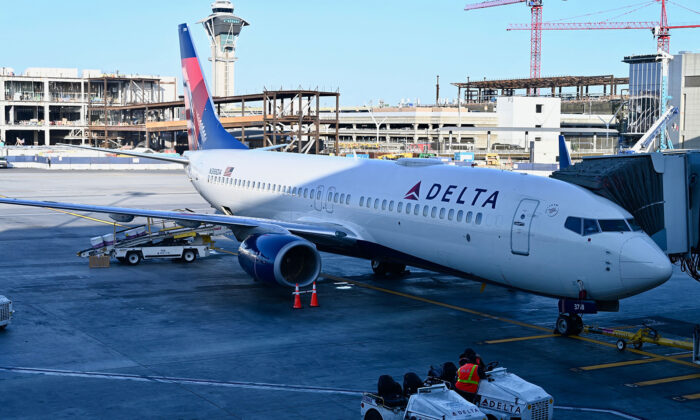 By Kelly Yamanouchi
From The Atlanta Journal-Constitution

Delta Air Lines warned that it expects “operational challenges” over the busy Fourth of July weekend, and is allowing customers to change their travel dates to avoid the havoc.

Atlanta-based Delta is taking the unusual move of issuing a travel waiver for the July 1–4 period on any flights across its entire system, so customers can easily shift their trips to before or after that period and avoid what the carrier calls “potentially challenging weekend travel days.”

Delta and other major carriers have struggled to operate this spring and summer amid a surge in travel demand and staffing shortages. The advisory ahead of a major summer travel holiday follows a Memorial Day weekend debacle that angered some passengers and led to Delta’s pilots to publish a rare letter empathizing with frustrated customers.

The airline says flight dates can be changed via its website or app to any time by July 8 without a fare difference or change fee, as long as the origin and destination remain the same.

Delta said it expects to carry passenger volumes “not seen since before the pandemic” over the Independence Day travel period, and that the waiver is intended to give flexibility to avoid “busy travel times, weather forecasts and other variables.”

While Delta already does not charge change fees on main cabin and premium fares on U.S. domestic flights and trips originating in North America, the July Fourth period travel waiver lifts any additional charge for a higher fare, and also waives the change fee on basic economy fares during that period.

Airlines and airports are bracing for a major test over the upcoming weekend, when crowds, long lines and waits, flight disruptions, air traffic control issues and ongoing labor shortages across the travel industry could amount to major problems for travelers. Hartsfield-Jackson International Airport expects to handle 1.7 million passengers from June 30 through July 5.

Delta has been struggling for months through pilot staffing issues amid labor shortages, including at contractors it relies on for services, and had hundreds of flight cancellations over the Memorial Day travel period and other weekends this summer.

“This phase of our recovery has been the most difficult. We’ve never had to bring the airline back at this speed before,” said John Laughter, Delta’s chief of operations, in a written statement.

The airline has made adjustments to its operations to try to reduce disruptions, including earlier boarding and allowing departures five minutes early and changes in crew scheduling. It also said it cut about 100 flights a day from its schedule from July through early August in an attempt to make its flight schedule more manageable with the number of workers it has available.

Still, that apparently hasn’t been sufficient to avoid a “ripple effect” of flight cancellations that multiply after an initial disruption, and Delta is now moving to thin out the number of passengers affected this weekend.

When flights are full over a busy holiday weekend, it’s particularly difficult for airlines to rebook passengers onto other flights after cancellations.