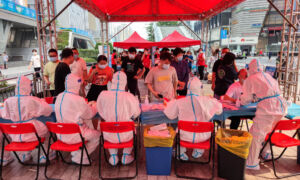 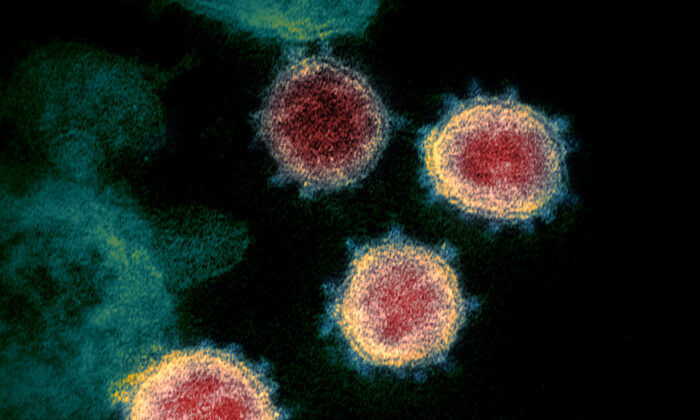 This undated electron microscope image made available by the U.S. National Institutes of Health in February 2020 shows the virus that causes COVID-19. The sample was isolated from a patient in the U.S. (NIAID-RML via AP)
AMERICA

Delta Variant Comprises More Than Half of COVID-19 Cases in US, CDC Says

The Delta variant of the CCP (Chinese Communist Party) virus now makes up more than half of all COVID-19 cases in the United States, according to a spokesperson with the Centers for Disease Control and Prevention (CDC).

The Delta variant’s prevalence in the United States has grown from 30.4 percent of all cases for the period ending on June 19 to 51.7 percent during the period from June 20 to July 3, a CDC spokesperson said.

“Variant proportions are dynamic and difficult to predict due to reporting delays, the presence of multiple variants, and changing incidence. CDC continues to evaluate approaches that can reliably predict these dynamics while making improvements to genomic surveillance to increase the number, representativeness, and timeliness of specimens,” Jade Fulce, a public affairs specialist with the CDC, told The Epoch Times in an email.

The Delta variant, which is believed to be more transmissible than other strains of the virus, accounted for more than 80 percent of CCP virus cases in Iowa, Kansas, Missouri, and Nebraska, the CDC spokesperson told Politico in a separate statement. COVID-19 is the disease caused by the CCP virus, commonly known as the novel coronavirus.

Researchers have said it’s too early to say whether the Delta variant is more or less deadly than other variants of the CCP virus.

The 14-day moving average number of daily new infections in the United States on July 3 reached the lowest level since March 27, 2020. The two-week average of deaths has likewise dropped to levels unseen since the earliest days of the pandemic.

Nearly 48 percent of the total U.S. population has been vaccinated against the virus as of July 6, according to the CDC.

CDC Director Rochelle Walensky predicted on July 1 that the Delta variant would soon surpass the Alpha variant to become the most prevalent strain of the virus.

“There are communities that are vulnerable and where we are now seeing surges in cases, and indeed also hospitalizations, due to what could be the spread of the Delta variant and low vaccination rates in these communities,” Walensky told reporters.

“Currently, approximately 1,000 counties in the United States have vaccination coverage of less than 30 percent. These communities, primarily in the Southeast and Midwest, are our most vulnerable. In some of these areas, we are already seeing increasing rates of disease.”

Studies suggest that the Pfizer-BioNTech and Astra Zeneca vaccines are effective against the Delta variant. Circumstantial evidence suggests that the Johnson and Johnson vaccine is effective as well, according to White House COVID-19 adviser Anthony Fauci.

“Bottom line and finally, the good news we have is that we have a solution. The science is clear. The best way to protect yourself against the virus and its variants is to be fully vaccinated. It works. It’s free. It’s safe. It’s easy,” Fauci told reporters last week.

The effectiveness of vaccines has dropped from 94.5 to 64 percent since June 6, the Israeli government announced. The reduction in efficacy coincided with the spread of the Delta variant.