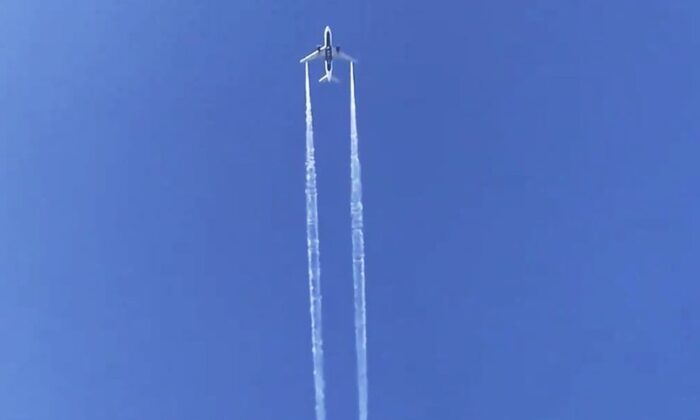 Several dozen students and adults were treated after a Delta flight dumped jet fuel on four schools in Los Angeles, according to officials.

A report from The Associated Press, citing fire department officials, said that 56 people were treated for minor injuries. Five schools were impacted in all, the officials said.

In the incident, Delta Air Lines Flight 89, which was heading from Los Angeles to Shanghai, reported an engine issue just minutes after taking off.

“Delta 89, heavy, we have engine compressor stalls on the right engine,” the pilot told air traffic control operators, according to a recording of the conversation obtained by AP.

Flight tracking website FlightAware showed the flight left LAX and circled over Southern California before it returned to the airport.

The Federal Aviation Administration (FAA) suggested that an investigation might be conducted into the fuel release, saying in a statement that the Delta flight should have dumped the fuel over unpopulated land.

“There are special fuel-dumping procedures for aircraft operating into and out of any major U.S. airport,” the FAA said. “These procedures call for fuel to be dumped over designated unpopulated areas, typically at higher altitudes so the fuel atomizes and disperses before it reaches the ground.”

Delta also issued a statement in confirming the fuel release.

“Shortly after takeoff, Flight 89 from LAX to Shanghai experienced an engine issue requiring the aircraft to return quickly to LAX. The aircraft landed safely after release of fuel, which was required as part of normal procedure to reach a safe landing weight,” the airliner said in a statement to local news outlets.

The Los Angeles Unified School District issued a statement to CBS News: “Students and staff were on the playground at the time and may have been sprayed by fuel or inhaled fumes.”

“I was so scared,” Marian Torres, an 11-year-old student, told the broadcaster. “We went inside and then my eyes started itching.”

Some teachers at Park Avenue suffered headaches due to the fuel, said a representative for the United Teachers Los Angeles union. “They were anxious to get home and shower because the stench was very strong,” Antonio Buenabad told the AP.