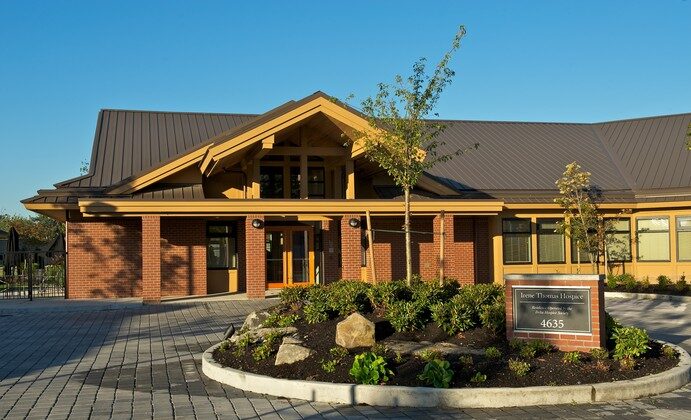 Delta Hospice Society (DHS) president Angelina Ireland is calling the actions of Delta’s mayor “chilling” after he urged B.C. Premier John Horgan to redirect private funds from the society’s thrift shop to a hospice facility formerly run by the charity.

DHS found itself in controversy last year following a provincial directive to require provincially-funded hospices to provide medical assistance in dying (MAiD) onsite. Its refusal to comply led to its privately-owned and operated facility, the Irene Thomas Hospice, to be taken over in February 2021 by the Fraser Health Authority.

At its recent annual meeting, DHS changed its constitution and bylaws to exclude MAiD and appointed new board members who agreed with the position. Although it no longer has a facility, DHS continues to own and operate a charity shop in Tsawwassen that funds its operations, including a 1-800 palliative care helpline.

In a letter posted to the city’s website, Mayor George Harvie of Delta wrote to Horgan on April 13 to say the DHS “does not represent the interests of the Delta community” as only 2,919 of its 13,518 voting members are from Delta and the DHS has actively recruited “members who are sympathetic to their religious and pro-life beliefs.”

Mayor Harvie wrote, “We greatly appreciate the actions you have taken to date to restore the management of the Irene Thomas Hospice to Fraser Health Authority. Nevertheless, I would urge you to take whatever steps you can to ensure that thrift store assets and revenue are restored to the Irene Thomas Hospice as originally intended by the Delta community.”

After a Surrey Now-Leader article drew attention to the request, Ireland wrote a letter to the editor to decry the mayor’s request.

“The Mayor urging Premier Horgan to take ‘whatever steps you can’ is chilling and should cause concern for all private organizations and businesses,’” wrote Ireland.

“We are both a local and national organization committed to providing traditional palliative care advice and supports for all Canadians, coast to coast,” the letter said.

“Traditional palliative care knows no boundaries. Proceeds have also supported the launch and operation of Delta CARES Helpline, which at no cost provides authentic palliative care counselling for individuals and families struggling with difficult end-of-life circumstances or bereavement.”

Ireland said the mayor should recognize the private organization’s “democratic process” and the results of its April 2 annual meeting where 76 percent of members voted for “traditional palliative care” which excludes MAiD. She cited a 2019 call to action by the Canadian Hospice Palliative Care Association (CHPCA) and the Canadian Society of Palliative Care Physicians (CSPCP), that said palliative care and MAiD are “fundamentally different practices” and that “MAiD is not part of the practice of hospice palliative care.”

The hospice president said, “Any further actions by any level of government towards our Canadian CRA-registered charitable organization would constitute bullying, at best, and outright theft, at worst, as we saw with our previous assets.”

The Epoch Times reached out to Mayor Harvie’s office for comment but was told he was not available.