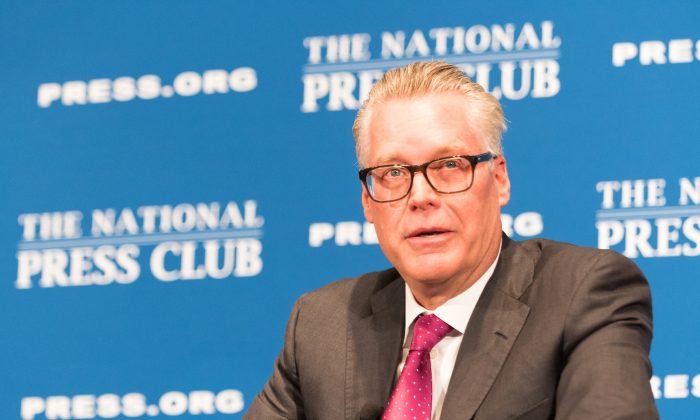 ‘We are 100 percent in agreement with what the Administration is doing to help American workers,’ says Ed Bastian
By Emel Akan
FONT BFONT SText size
Print

“We are 100 percent in agreement with what the Administration is doing to help American workers compete on a level playing field,” Bastian said at a National Press Club headliners luncheon on June 27.

He said that while trade wars and tariffs are generally not good for business, “to the extent that some of our industries have legitimate concerns, they should be addressed and the administration should look into them.”

The United States has reached a deal with the United Arab Emirates (UAE) to resolve a three-year conflict over anti-competitive practices by airlines Etihad and Emirates.

The agreement announced on May 14 aims to end the UAE’s unfair subsidization of its two major airlines and level the playing field for American carriers.

In January, the Trump administration struck a similar deal with Qatar to address unfair competition created by the government-owned Qatar Airways.

Bastian said the U.S. airline industry has been victimized by unfair trade practices for years, adding that the Gulf carriers used tens of billions of dollars of government subsidies to move traffic away from traditional U.S. carriers.

“Those subsidies violated our ability to grow into those parts of the world we have been run out of,” he said.

As a result of the resolution of these conflicts, Bastian said that his company announced its plan to go back into India and expand services to Seoul, South Korea.

Delta will also be launching flights to Japan and a new route between Atlanta and Shanghai, he added.

Despite headlines of recent tariff actions between China and the United States, travel between both countries is growing in double digits, he said. “We have not seen any slowdown or any pullback.”