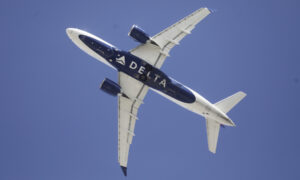 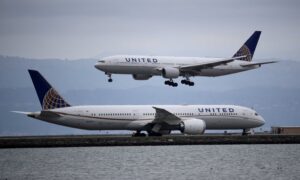 United Cuts May Flights by 90 Percent, Tells Employees to Brace for Job Cuts
0 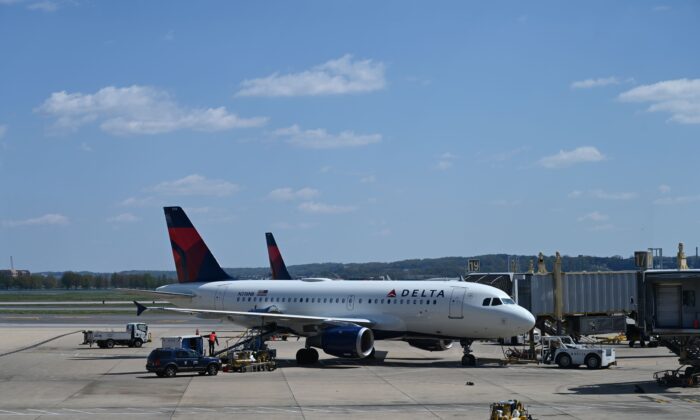 A Delta Airlines airplane is seen at gate at Washington National Airport in Arlington, Virginia, on April 11, 2020. (AFP via Getty Images)
Companies

Delta Air Lines is facing a class action lawsuit that accused the company of making it difficult for people to get refunds amid the COVID-19 pandemic.

Airlines around the world are cancelling or delaying flights and travel plans are in disarray due to the spread of the the CCP (Chinese Communist Party) virus, a novel coronavirus that emerged from mainland China last year.

The class action lawsuit against Delta was filed on behalf of Maryland resident Elliot Daniels and any others who were denied refunds or had difficulty obtaining them.

Filed last week in the U.S. District Court for the Northern District of Georgia Atlanta Division, the suit (pdf) alleges Delta has acted deceptively in allegedly failing to honor requests for refunds in light of the pandemic.

Daniels booked four round-trip tickets from the District of Columbia to Egypt in April, spending $3,090.22 for them. According to Hagens Berman, which filed the suit, Delta twice cancelled the flights, once for the initial date of departure and again after Daniels rebooked the flights to an earlier date.

Daniels alleges he was denied a refund. Delta instead informed him he could have a travel voucher, good for one year.

“At the time of his ticket purchase, Plaintiff understood that he would be entitled to a refund if his flight was cancelled,” the suit states.

“Plaintiff seeks a refund because he does not know when or if he will be able to use a travel voucher.”

While Delta policy says passengers could get a full refund if a flight is cancelled or changed by more than 90 minutes, the company is focused on keeping money through providing travel credits, not refunds, Hagens Berman said in a statement.

“Simply put, we find Delta’s actions in light of the pandemic utterly unacceptable,” Steve Berman, managing partner of Hagens Berman and attorney for consumers in the class action, said in the statement.

“That Delta is offering time-limited vouchers during an unprecedented time of chaos and uncertainty in our nation’s history only underscores its primary focus of profits over people, and we intend to fight for their right to monetary relief. Americans are losing their sources of income at alarming rates. Vouchers just won’t cut it.”

A Delta spokeswoman said in an emailed statement: “Doing right by our customers through refunds and rebookings has been—and will continue to be—a key focus as we manage through this unprecedented global pandemic. The named plaintiff in this suit first requested a refund on April 15—two days before the lawsuit was filed. We expedited the refund process and gladly issued his refund.”

The company is providing full refunds to passengers who requested them and are eligible and processed more than one million refunds in March alone.

The latest suit came after some U.S. lawmakers said airlines are estimated to have more than $10 billion in travel vouchers that should have been dispersed as cash refunds.

Most airlines declined to release numbers but JetBlue said it issued over $20 million per day of travel credits to customers in early March.

“Assuming a similar trend throughout the industry over the last month, this figure could mean that the airlines are sitting on more than $10 billion in customer cash,” the lawmakers said.