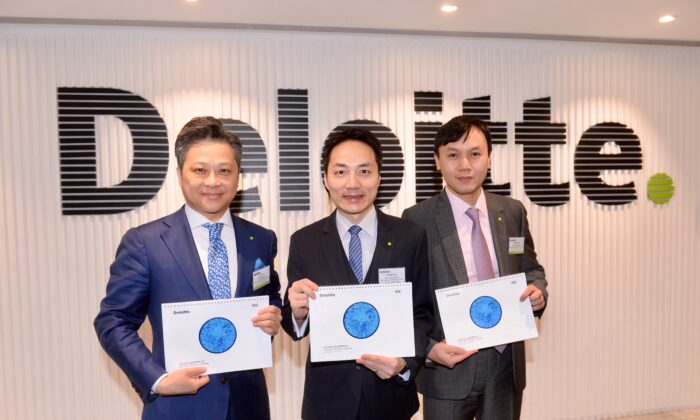 Deloitte indicated at a press conference on June 22, 2022, that in the first half of this year, HKEX ranked ninth in the world in IPO capital raised. File photo. (Song Bi-long/The Epoch Times)
HK Current Affairs

Deloitte said at a press conference on June 22, that the Hong Kong Exchanges (HKEX) ranked ninth in the world in terms of Initial Public Offering (IPO) capital raised in the first half of this year. The number of IPOs in Hong Kong in the first half of this year fell 48 percent to 24, compared to the same period last year, and the amount of funds raised plunged 92 percent year-on-year to $17.8 billion (US$2.27 billion).

According to Deloitte, HKEX listings have slowed down and the performance of the Hong Kong IPO market in the first half of this year was the lowest in ten years, and the amount of funds raised was also the lowest since 2012.

The number of foreign companies applying to come to Hong Kong dropped significantly, with applications coming mainly from Malaysia, Singapore, Vietnam and Kazakhstan.

According to Deloitte, capital market conditions continue to be volatile due to the Russia-Ukraine conflict, the U.S. tapering and significant interest rate hikes, and a tightening of market capitalization. About 70 IPOs are expected to be listed in Hong Kong this year, raising HK$160-180 billion (US$20.38 to US$22.95 billion), down from the previous estimate of HK$330 billion (US$42.04 billion).

At the same time, the number of SPAC listings for the year will be no more than ten. Currently, there are two SPACs listed in the first half of the year, raising about HK$2 billion (US$250 million).

As for Chinese stocks, more than half of them have been included in the “pre-delisting” or “confirmed delisting” list so far. According to Deloitte, the number of Chinese companies listed in the US fell 92 percent in the first half of this year, while the amount of capital raised fell 99 percent.