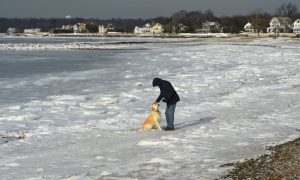 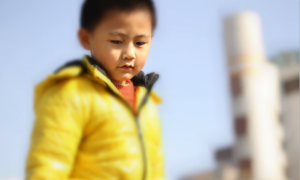 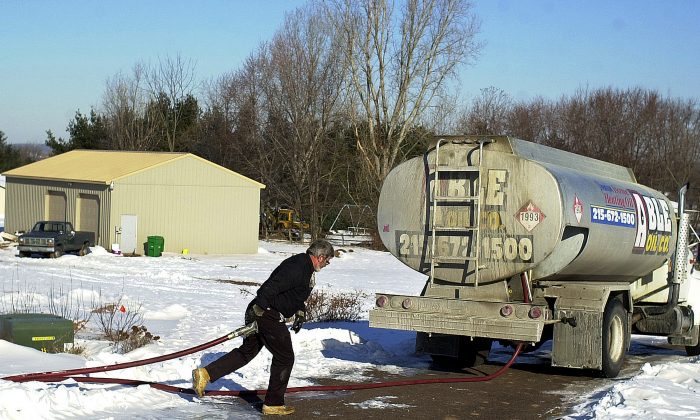 An oil delivery man pulls the oil hose back to his truck after delivering oil to a home February 14, 2003 in Hilltown, Pennsylvania. (William Thomas Cain/Getty Images)
US News

The Calhoun family of Accokeek, Maryland, has spent the past two weeks in a hotel room after a delivery error caused their home to be condemned.

On Jan. 10 a truck from the Price Company made a delivery of $300 worth of heating oil to the Calhoun home.

Unfortunately, the Calhouns no longer heat their home with oil.

Stacy Calhoun said her husband noticed the strong smell as soon as he got home from work that Wednesday evening.

“He went to the basement and saw a big flood of oil and when he went to go get the mail, he actually saw a receipt for $300 from Price Oil Company,” Calhoun told Fox News.

The Price Oil driver had misread the address. He pumped 100 gallons of oil down the unused pipe of the old heating system, which no longer led to an oil tank.

The oil spread through the walls of the house, filling it with toxic fumes.

Now the house has been condemned, judged no longer safe for occupancy. The Calhouns and their two children were forced to move to a hotel.

“We have a 2-year-old and an 11-year-old who is a special needs child so it’s really taken a toll on our family emotionally,” the mother explained.

No Help, No Responsibility

The Calhouns are understandably upset that they have lost their home and been forced to squeeze into a hotel room, but that is hardly the worst of it.

What really irks them is that no one at Price Oil seems to care.

The company admits the error, and has apologized to the Calhouns—but that is all.

“Nobody’s doing anything. Nobody’s stepping up the plate,” Calhoun said.

A company representative told Fox News that the matter is out of their hands—it will all be settled by the insurance company.

So far neither Price Oil nor the insurance company have offered any kind of emergency funds, or told the Calhouns what will happen to their home and all their possessions.

“How could you leave a family like this out in the cold with nothing?” Calhoun asked.