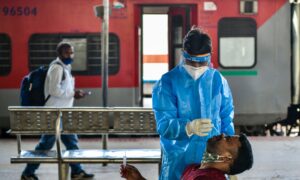 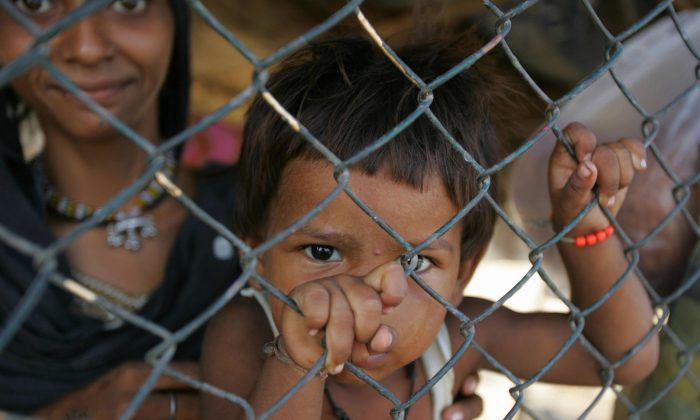 An Indian migrant worker smiles, holds up her child in her shelter in New Delhi. 75,000 people land every year in Delhi in search of work. According to a report migrants rate themselves better than non-migrants on various indicators of well-being. (ANNA ZIEMINSKI/AFP/Getty Images)
India

Delhi Enjoys the Highest Per Capita Income in India

“The average per capita income in Delhi is nearly three times the estimate for the all India average. During the seven year period from 2005–06 to 2012–13, it grew at the rate of about seven percent per annum vis-a-vis around three percent for India,” said the Delhi Human Development Report 2013.

According to the Press Trust of India (PTI) report published in a major national media, during 1999–2000 to 2011–12, an additional 1.3 million people were added to Delhi’s workforce taking the total figure to 5.56 million.

“The sustained growth in per capita income has been associated with a reduction in poverty to single-digit figures to 9.9 percent in 2011–12 from approximately 13 percent in 2004–05,” the development report said.

Delhi attracts Indians from the adjoining northern states; according to the report though the rate of migrations has stabilized in the last decade, 75,000 people still come to the state in search of work every year.

“The city has absorbed the migrants rather well, with the migrants rating themselves better than the non-migrants in terms of several indicators of well-being,” it said.