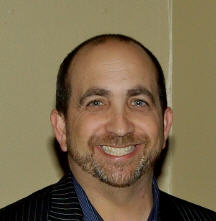 Will 2014 be the year end-users get the hang of pre-construction condo financing? It’s daunting when compared to buying resale, but the rewards can be considerable.

The key, according to Dan Flomen, senior vice president of sales for Empire Communities, the key is to help buyers delay gratification, or to minimize suffering at least.

“Who is my competition if I’m selling property?” asked Flomen. For investor customers it may be other builders or other projects, but for end-users it’s different.

“My competition is the jewellery store … the travel agency across the street … the cooking store with the beautiful espresso machine.”

You can have the trip or gourmet coffee right now and tell your friends about it. But if you buy a condo, your friends might still say, “Why did you do that?”

Who’s buying? End-users. “They see things the investors don’t see. They see a place they’re going to live in.”

The building won’t be finished for four years, so how did Flomen’s team manage to attract so many?

About 10 percent of the building was set aside for a special promotion. Buyers could pay $500 a month for 47 months in lieu of a large down-payment. Most people can easily afford $500 a month, but actually saving $23,500 would require self-denial and discipline. The units went like hotcakes, and according to Flomen, they’re all gone.

“I have a very flexible deposit program on most of my sites,” he said. But where the full 15 percent is needed by the time construction starts for high-rise, low-rise is even more flexible.

Financing is a Deal-Breaker

Toronto’s planning office has set targets for a higher number of what they call “mid-rise infill,” which builds on existing schools and transit infrastructure along Toronto’s many avenues.

Flomen has seen great success with mid-rise projects, most recently nine-storey Willow Park at Bayview and Finch, and upcoming project The Hub in the Oakwood neighbourhood. Still, projects like The Hub are in the $500 per sq. ft., range and are essentially high-rise, therefore the payment structure and extended wait for delivery are fairly protracted.